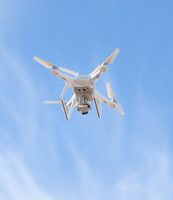 Drones are used both for business, and for recreation. The usefulness of a drone is almost universally accepted, and in many businesses, reliance on drones has become common practice. But there are a number of legal issues surrounding drones, and you should be aware of potential legal pitfalls, so that you don’t run into problems later on.

Realistically, a court isn’t going to measure how close you fly a drone to someone’s property with any exactness—flying too close to another’s property could lead to a trespass claim.

If your drone does happen to record, and does happen to record a private conversation, you could be in serious trouble; Florida law makes the unauthorized recording of people in private, a criminal offense. The person or people being recorded, can also sue you for invasion of property.

Even if you fly high enough, and even if your drone isn’t actually recording anybody, you still may be liable for a nuisance claim. Although it’s unlikely that a single drone causing noise would lead to suit, if you plan to fly your drone over the same area over an extended period of time, and your drone makes noise, or otherwise deters customers, or just makes people uncomfortable, you could end up being sued for nuisance.

Federal government regulations can be tricky to navigate, because some apply to unmanned aircraft, but others apply to “model” planes. You may even need a license to fly your drone, depending on its size and purpose.

Many FAA rules apply to one or both (model planes or commercial unmanned drones), and it may be unclear which set of rules your drone must follow. Regulations also may vary, depending on whether you are using the drone for work or for recreation.

Drones can, and often do, cause injury to others. You can be sued for injuries that your drone causes to someone else, and worse, it may be unclear whether you have insurance to cover damages caused by drones.

Certainly, if you use a drone routinely for work, you should make sure you have a commercial liability policy that covers drones (many policies include “aircraft,” but that doesn’t necessarily cover drones). If you are flying a drone personally, for fun, you should see if your homeowner’s policy protects you, in the event you are sued for damages caused by your drone.

Call the West Palm Beach business litigation attorneys at Pike & Lustig today for help if you have a business law, question or legal issue.