Locast Case Is A Lesson In Reading The Law Correctly 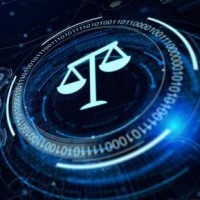 What does it mean to be a nonprofit organization? How important is it to read and comply with the language of federal law? One large broadcaster is learning that lesson the hard way.

As you likely know, if you want broadcast TV in your home—the basic cable networks, like CBS, NBS, ABC or Fox – you are welcome to get them, for free. The practical problem is that most people can’t get it without an antennae. So, they rely on third parties, which may be cable companies, internet providers or streaming TV services.

Those services have to pay a fee to the networks, because the information broadcast by the networks has copyright protection. The fee these providers pay to the network compensates them for the license to broadcast their copyrighted programming.

You, of course, pay money to Comcast or Verizon  or SlingTV or Hulu or whoever, to pay them back for those fees.

But congress wanted to make sure that everybody had access to broadcast TV, so it wrote an exception into copyright law. That exception says that a company that is a nonprofit organization, can transmit or boost a network signal, without violating copyright laws.

A company called Locast picked up on that exception. By allowing people to access TV through Locast for free through the internet, Locast is a signal booster. And, because Locast is a nonprofit organization, it can do so legally, without violating copyright. At least, that’s what Locast thought.

Locast’s claim of being a nonprofit was recently challenged by these large networks in court. The problem for Locast is that the exception in the copyright law says that a nonprofit can use any funds it collects, to defray the costs of operation.

But Locast was, according to the networks and recently, a court, using some of the voluntary contributions it asked for, to expand into other markets. That was not an expense used to defray the cost of operation, according to the judge. As such, the judge determined that Locast was not entitled to the protections under the law.

Locast argued that expansion is allowed, and that the money it collected in every market was used to defray the expenses of operating in each given market.

The court also noticed that Locast had been collecting a lot of money through its voluntary donations, and as such, was not simply collecting what it needed to defray its own costs.

Lessons From the Case

Because of the court decision, Locast has now suspended operations. But the lesson here is that the letter of the law matters. This is a complex case that relies upon understanding of copyright law, nonprofit organization law, and pure statutory construction. If you don’t read a federal or state law correctly, you could find your business in a lot of trouble.

Call the West Palm Beach business litigation lawyers at Pike & Lustig to help you make sure your business is complying with the laws.

By Michael Pike and Daniel Lustig | Posted on September 8, 2021