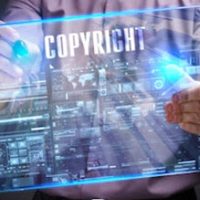 When you create a work when you are employed, the work you create is generally called a work for hire. This means that although you created a potentially copyrighted work, it isn’t really yours—it belongs to your employer, as creating it was part of your job duties.

Nowhere is the work for hire doctrine disputed more than in the comic book industry. This is especially true today, when comic book characters aren’t just in comics but in movies, TV shows, video games and on merchandise.

The inherent problem is that many of these (now multi-billion dollar) properties were created by comic book artists and writers, and they want their cut of the money that is being generated from these characters, as they allege that they are the ones who created them.

Artists and Disney in a Copyright Lawsuit

Recently, many of these artists—most through their estates, including creators of Avengers characters and Superman—sent Disney notice of termination letters, asserting that they are taking back their copyrights from Disney (Disney purchased Marvel a few years ago, and thus currently owns or controls the copyrights on these characters).

The problem is that Disney contends that the creators don’t own these properties, because they were created by the original artists and writers as part of their employment. According to Disney, the creations were works for hire, and thus Marvel, and now Disney, are the rightful owners of the copyrights. Disney has sued the estates and beneficiaries of the creators, and it will now be up to a court as to who owns these now very valuable properties.

When an employee creates something for an employer, the property or work is assumed to be owned by the employer. But when an independent contractor does the same thing, the work for hire doctrine does not automatically kick in—there must be a number of other requirements, before the law assumes that a creation was done as a work for hire.

The families of the artists and creators in the case contend they were independent contractors, because their work was not steady, but was project-based, and because they retained a lot of control over their creations and over their own schedules—in fact, some even worked for multiple comic book companies at the same time. These are all hallmarks of independent contractors.

Disney of course disputes this. It will be up to a court to determine the creators’ statuses, and that determination could be a very valuable one for whoever wins the case.

Call the West Palm Beach copyright litigation lawyers at Pike & Lustig today for help if you have a copyright dispute or infringement case.

By Michael Pike and Daniel Lustig | Posted on October 5, 2021