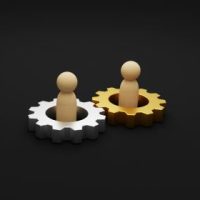 According to reporting from Reuters, McKesson Corporation—a healthcare company with a main headquarters in Irving, Texas—will pay approximately $140 million to resolve a lawsuit brought by shareholders in a drug pricing case. The preliminary agreement still requires court approval. Here, our Miami shareholder dispute attorney highlights the key things to know about the lawsuit.

The shareholder lawsuit was filed against McKesson Corporation based on allegations that the company was involved in a complex drug price fixing scheme. The McKesson Corporation was far from the only drug maker accused of misconduct. There was an industry-wide generic drug pricing issue being probed by state and federal regulators. Shareholders contend that corporate executives improperly concealed the extent to which the company was implicated in the matter.

Without admitting or denying any wrongdoing in the case, the McKesson Corporation has agreed to settle the class action shareholder lawsuit for more than $140 million. The specific cause of action in the lawsuit was that the corporation improperly led investors to believe that generic drug price increases were caused by supply chain problems rather than illegal price fixing. The shareholder settlement still needs to be approved by a federal court in California.

Shareholders Have Options to Hold a Corporation (or its Executives) Responsible

It is important to remember that the law generally favors giving corporate officers and directors broad discretion in how they run a corporation. To prevail in a direct shareholder lawsuit or in a shareholder derivative action, a shareholder (or class of shareholders) must be prepared to present strong and convincing evidence that establishes the improper and/or unlawful conduct of the corporation or its leadership. The sooner you have legal representation in a shareholder dispute, the better position you will be in to secure justice and compensation for your damages.

At Pike & Lustig, LLP, our Miami shareholder litigation lawyers have the professional skill that you can trust. We have experience handling a wide range of shareholder matters. If you have questions about rights or your legal options, our legal team is ready to get working on your case. Call us now for a confidential consultation. We handle shareholder disputes throughout Miami-Dade County, including in Miami, Miami Beach, Hialeah, Homestead, Kendall, Doral, and Miami Gardens.

By Michael Pike and Daniel Lustig | Posted on December 5, 2022