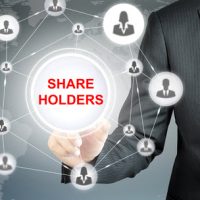 According to a report from the Medical Device Business Journal, Outset Medical—a medical technology company based in San Jose, California—is facing a shareholder lawsuit over a shipment hold that was placed on one of its products in June of 2022. There was a sharp drop in the company’s share price after news of the shipment delay went public. Here, our Miami shareholder dispute lawyer provides a more detailed overview of the case.

In recent years, Outset Medical has developed a product called the Tablo Hemodialysis System (Tablo). In effect, Tablo is a home-based dialysis machine. As marketed to patients, Tablo only requires power (an outlet) and tap water to operate. The company has long been preparing the product for mass market use. However, on June 13th, 2022, Outset Medical announced that it was placing a “shipment hold” on the in-home distribution of the Tablo Hemodialysis System.

According to a press release from the medical technology company, the shipment hold was placed because of a still-ongoing and pending review of Tablo by the United States Food & Drug Administration (FDA). The FDA is reportedly evaluating changes made to the medical device since Outset Medical initially submitted the application for approval back in March of 2020.

Outset Medical is a publicly traded company. Its stock is listed on the Nasdaq under the ticker symbol OM. The shipment hold that was placed on the Tablo Hemodialysis System due to the pending FDA review was not expected by investors. The public announcement of the delay in shipping of the in-home dialysis machine set the company’s stock shares tumbling. Outset Medical’s stock price lost more than one-third of its value on the day that the shipping hold was announced.

A class action shareholder lawsuit was filed against Outset Medical in the United States District Court for the Northern District of California. The lead plaintiff is an institutional investor (Plymouth County Retirement Association in Massachusetts). According to allegations raised in the proposed class action shareholder complaint, corporate officers and executives at Outset Medical knowingly made false and misleading statements in the days preceding the public confirmation of the shipment delay. The plaintiffs contend that corporate leaders were aware of the issues prior to the date of the announcement and failed to live up to their duty to disclose the adverse information in a timely manner. They are seeking damages for all affected shareholders.

Consult With a Shareholder Litigation Attorney in Southeast Florida

Shareholder litigation is complicated. You do not have to go through the process alone. At Pike & Lustig, LLP, our shareholder dispute lawyers have the well-rounded professional experience that you can trust. If you are locked in a shareholder dispute, we can help. Contact our legal team now for a confidential review and assessment of your case. A proactive approach can make the difference.

By Michael Pike and Daniel Lustig | Posted on August 9, 2022