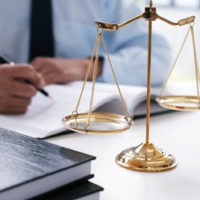 According to reporting from Automotive News, Braman Dealerships has filed a lawsuit against BMW and Audi, on the grounds that the auto manufacturers made unlawful changes to their sales incentive programs. The Miami-based auto dealership contends that the unilateral changes made by the two European automakers are in direct violation of the Florida Franchise Act. In this post, our top-rated West Palm Beach franchise law attorneys discuss this lawsuit, highlighting important aspects of Florida franchise regulations.

The Proposed Modifications to the Incentives Program

Braman Dealerships of Miami argues that BMW and Audi are making changes to their incentives programs in a manner that would disadvantage franchisees. In the process, the dealership argues the proposed modifications would shift profits from dealerships (franchisees) to the large auto manufacturers (franchisors). This is an important point, as Florida franchise laws put certain restrictions on the actions of franchisors. Specifically, franchisors are required to give advance notice to their franchisees before making certain changes to the business arrangement.

Notably, this lawsuit is quite similar to a case that was recently brought against another European carmaker, Maserati, in New York state. In that case, a New York judge determined that Maserati’s modifications to their incentives program qualified as a franchise-agreement modification. As such, it was done in violation of New York’s franchise law, which requires all franchisors to give advance notice to franchisees prior to making any material changes to their operating agreement. This New York case is relevant because the state of Florida also mandates that franchisors must give sufficient notice before making changes to the terms of a franchise agreement.

Beyond its complaint that BMW has failed to give Florida dealerships proper legal notice of its proposed reform to the incentives program, Brauman Dealerships also contends that BMW is making an unlawful demand for sensitive business information. Specifically, the company alleges that BMW is requiring that all individual dealerships turn over their full database of customer information, including:

Under the BMW policy, franchisees must turn over this information in order to be eligible to participate in the incentives program. This action may be a violation of Florida’s franchise law. Under the law, franchisors are prevented from requiring franchisees to turn over access to certain internal business records and data. Depending on the precise structure of their program, BMW’s requirement that information must be turned over in exchange for eligibility for sales incentives could be deemed to be unlawfully coercive.

At Pike & Lustig, LLP, our business litigation attorneys have deep experience handling franchise law disputes. We represent franchisors and franchisees, and we know all sides of these cases. To request a free, no strings attached review of your claim, please contact our team today. From our primary office in West Palm Beach, and our second location in Miami, we represent franchise law clients throughout the region.