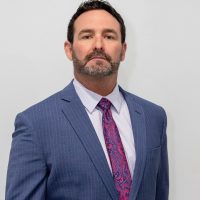 On March 1, 2019, just after 6 a.m. on State Road 7 in Delray Beach, the driver of a 2018 Tesla Model 3 was using the autopilot feature when he fatally crashed into a semi-trailer truck. A wrongful death lawsuit was filed against Tesla as well as the truck driver and trucking company.

In the wrongful death lawsuit, the family argued, “Tesla’s customers… believed the Tesla Model 3’s technology was such that the autopilot features included design and programs, software, hardware, and systems that would eliminate the risk of harm or injury to the vehicle operator caused by other vehicles or obstacles while driving on roadways and would prevent the vehicle from colliding with other obstacles/objects while in autopilot mode.”

The family claimed the Tesla Model 3 “lacked a properly designed system for crash avoidance,” and that the company “specifically knew that its product was defective and would not properly and safely avoid impacting other vehicles and obstacles in its path.”

NTSB data showed the Tesla going about 68.4 miles-per-hour just before the collision when it under-rode the truck, which was traveling approximately 11 mph as it crossed the road. In the lawsuit, the family cited previous crashes involving Tesla, including one in 2018 in Fort Lauderdale.

Mike Pike (who is not on the case but was asked to offer his opinion as a personal injury lawyer in Palm Beach County) was tapped to comment on the wrongful death lawsuit by CBS12 News:

“I believe there are some unreasonable expectations that purchasers of Tesla’s put on the vehicle itself,” said Pike. “If you say something is autopilot, there may be a good faith belief on behalf of some human beings that purchase these vehicles that it is truly autopilot. But it in fact is not.”

This is an ongoing case in Palm Beach County and will most likely set the bar for wrongful death lawsuits involving the autopilot feature for the unfortunate accidents that will surely continue to happen before technology and the law catch up with drivers on the road.

To read the full story by CBS12 News, click here

By Michael Pike and Daniel Lustig | Posted on September 29, 2022