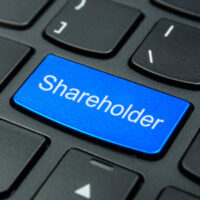 According to a report from the Tampa Bay Times, several minority shareholders of the MLB’s Tampa Bay Rays are filing a shareholder oppression lawsuit against Stuart Sternberg, the team’s majority owner. The plaintiffs in the shareholder dispute allege that Mr. Sternberg improperly tried to negotiate a secret deal with a group of outside investors. In this blog post, our West Palm Beach shareholder dispute lawyers discuss the allegations raised against the majority Tampa Bay baseball owner.

There are five different minority shareholders named as plaintiffs in the lawsuit filed in a Pinellas County Circuit Court. Collectively, the five named plaintiffs are individuals and companies that own nearly ten percent of the Tampa Bay Rays. As of 2020, the team’s majority owner, Stuart Sternberg, owns approximately 85 percent of the team. Notably, back in 2004, Mr. Sternberg owned around 50 percent of the team. Since that time, he has been gradually increasing his stake in the Rays.

The minority shareholders allege that Mr. Sternberg has engaged in a “relentless scheme to squeeze out the limited partners and usurp partnership opportunities.” They point to a secret deal that Mr. Sternberg allegedly started negotiating with a group of Montreal-based investors back in 2014. According to the allegations, the team’s majority owner is attempting to use his control of the team to unlawfully disadvantage and “squeeze out” the minority shareholders.

In the lawsuit filed by the group of minority shareholders of the Tampa Bay Rays, there are allegations that Mr. Sternberg pursued a “no distributions/looming tax liability strategy” that unfairly disadvantaged minority stakeholders. The plaintiffs in this case point to Florida’s Uniform Limited Partnership Act, which obligates business partners to abide by duties of honesty, loyalty, and good faith. They allege that the team majority owner violated his obligations by misusing funds, failing to pay distributions, and saddling the limited partners with significant tax liability.

Schedule a Confidential Consultation With a Shareholder Rights Attorney in Florida

At Pike & Lustig, LLP, our Florida shareholder rights lawyers fight tirelessly to protect the legal rights of your clients. If you have any questions about minority shareholder rights, we are available to help. Our law firm is focused on protecting the financial interests of clients. Contact us right away for a confidential appointment with a lawyer. With legal offices in West Palm Beach and Miami, we represent shareholders throughout all of South Florida.