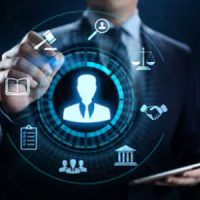 Social media is everywhere, and it is a valuable tool in promoting your business. But it’s also sometimes abused. It’s easy to make mistakes on social media—here’s some to avoid.

Before we get to the things that businesses often do wrong on social media, many people ask, “can’t I just take down something that I put on social media if later it turns out it’s damaging or risky for me?”

The answer to this question is both yes and no. You certainly can take down anything that you want from any social media site where you post anything. But there’s a difference between taking something down or off of the social media site, and destroying the post itself. The latter you should not do.

In other words, if you do take something down off of social media, you should screen shot the post, or save the picture or video that was posted, because it may be evidence later on. If it is, and you have destroyed that information, you could be liable for spoliating (destroying) evidence.

Social media creates problems for many businesses because a picture is worth a thousand words. One picture can tell an entire story about a person, or about your business—but it may not be an accurate picture. That means you have to be careful what you say or post.

If your business is being pursued by creditors, or is thinking of filing for bankruptcy, or is arguing that it doesn’t have the money to do something, you don’t want an image on social media that undermines that position.

Remember that your customers have a bit more leeway than you do, when it comes to what they can say on social media. If your customer says “you have an awful business,” they are not defaming anyone, because that’s an opinion. If you say “that customer ran off and didn’t pay me,” you are committing defamation, because you are now stating a fact that is false (if it is false; truth is always an opinion to defamation).

Language Can be Advertising

Many businesses are careful about the wording of advertisements; we have often written about the dangers of misusing words like “sale” or “free” or “made in the USA” or medical terms or making medical guarantees. But many businesses will throw these words around on social media, without realizing that social media is still advertising, which can still get you in trouble the same way a printed advertisement can do.

Be Careful With Sensitive Subjects

It should go without saying: stay away from jokes or comments about race, sex, religion nationality or other sensitive subjects. They may be “just a joke” to you—but if a disgruntled employee sues for discrimination, you can bet that post will come back to haunt you.

Call the West Palm Beach business litigation attorneys at Pike & Lustig today for help running your business in a way that keeps you out of legal trouble.