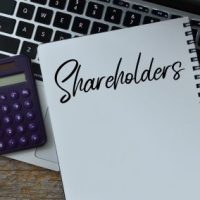 According to a report from Reuters, Unilever—the London-based multinational consumer goods company—is facing a lawsuit from a shareholder over Ben and Jerry’s boycott of Israel. The shareholder contends that the company mismanaged the situation. Below, our West Palm Beach shareholder dispute lawyer discusses the allegations raised in the lawsuit.

Ben & Jerry’s is the famed ice cream company that was founded in Burlington, Vermont. In 2000, the company sold itself to Unilever. It is now a subsidiary of the conglomerate. As part of the acquisition agreement. Unilever committed to allowing the Ben & Jerry’s brand to continue to pursue some of its social missions. In July of 2021, Ben and Jerry’s announced that it will no longer sell products in the “Occupied Palestinian Territory.” Although a bit of a complicated issue, many argue that this amounts to a boycott of Israel.

Many U.S. States Have Passed Divest Policies for Corporate Boycotts of Israel

The challenge for Unilever is that a number of different U.S. states have passed divestment initiatives for companies engaged in boycotts of Israel. There is a dispute whether Ben & Jerry’s corporate-social action actually amounts to a boycott of Israel. Nonetheless, there have been allegations raised that Unilever, as the parent company of the Ben and Jerry’s subsidiary, is now at risk of running afoul of state-based divestment policies.

For a large company with diverse holdings such as Unilever, a state-based divestment policy could have many different adverse effects. To start, the state could move to get out of contracts with Unilever. For example, if Unilever were providing any products for a public school, a state may find a different supplier. In addition, state based investment funds, such as public employee pension funds, could actively stop investing in Unilever. Public pensions are among some of the largest institutional investors in the United States.

In the shareholder lawsuit filed against Unilever, the plaintiff alleges that Unilever both mismanaged and improperly concealed the Ben & Jerry’s plan to stop product sales in the “Occupied Palestinian Territory. According to the complaint, Unilever’s stock saw an immediate 8 percent drop in its value following the public announcement of Ben & Jerry’s plan. Notably, in the days following that announcement, both Florida and Texas—two of the largest state-based investors in the country—stated that they were actively reviewing their relationship with Unilever. The shareholder lawsuit is currently pending.

At Pike & Lustig, LLP, we are devoted to protecting the legal rights and financial interests of our clients. If you are locked in any type of shareholder dispute, we are here as a legal resource. Give us a call now or connect with us online to set up your completely confidential initial appointment with a lawyer. We provide shareholder dispute representation throughout all of South Florida.