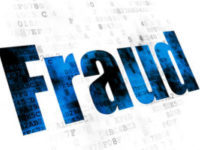 Recently, NBC News published a shocking report on rampant fraud within Florida’s multi-billion dollar drug rehabilitation and treatment industry. The report centered around Palm Beach County, which has become one of the “rehab capitals” in America’s fight against drug abuse. Here, our experienced West Palm Beach fraud attorneys discuss this alarming new report as well as a new anti-fraud law that was passed by the state legislature to address this problem.

NBC News found fraud occurring through repeated over-billing of healthcare services and lab tests. One of the many examples provided by the agency was that of a woman whose daughter came from Ohio to seek drug treatment in South Florida. In the six months she was in rehab, her insurance was charged in excess of $600,000 by seven different drug treatment facilities. When reviewing her daughter’s medical bills, warning signs started to go off in the mother’s head. For example, her bill for one week of drug testing totalled more than $10,000; a shocking figure as drug tests typically cost no more than $30 or $40 to process. Reporters found many cases of drug treatment centers unjustifiably running drugs tests multiple times, seemingly in order to bill larger amounts to insurance providers. This fraud scheme uses the some of the most vulnerable people as tools to bring in more money. Little attention is paid to actually helping the patients recover from their addiction. Now, the state of Florida is taking new action to fight back against these fraudsters.

The Sober Home Clean Up Bill

On June 26th, 2017, Florida Governor Rick Scott signed the Sober Home Cleanup bill into law. The goal of this bill is to target unregulated drug treatment and substance abuse service centers that provide poor quality of care and that are all too frequently engaged in outright fraud. Notably, these facilities often use deceptive marketing tactics. These tactics make both consumers (drug treatment patients) and payers (typically insurance companies) victims of fraud.

To address this problem, Florida’s new Sober Home Cleanup Bill will require all drug treatment telemarketers to register with the state, an important step in ensuring that these services are marketed in a legitimate manner. Further, this new law substantially sharpens the regulations that make kickbacks between drug treatment centers and other medical providers, such as lab testing agencies, illegal. Finally, the bill also allows enforcement agencies to fight back against ‘drug treatment brokers’, who often connect addicts with fraudulent facilities. Indeed, the law expands the reach of Florida’s RICO Act so that it can be used as a tool against drug treatment facility brokers.

Were you a victim of fraud? If so, we can help. At Pike & Lustig, LLP, our Florida fraud lawyers have helped many victims obtain fair compensation for their losses. To request a free legal consultation, please do not delay in contacting us today. From our offices in West Palm Beach, Wellington and Miami, we serve individuals and businesses throughout South Florida, including in Fort Lauderdale, Hialeah and Pembroke Pines.