Not Appetizing: Finding Foreign Objects In Your Food 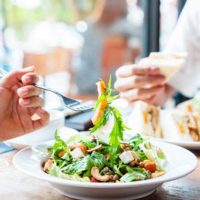 There is an old television trope, where someone goes to a restaurant and complains that there is a fly in their soup. Although a bit dated, the variations on the theme can be funny. Except when that happens in real life. What happens when something is in your food that isn’t supposed to be there?

Not every foreign object in food is dangerous. Some things are just grotesque. We don’t want to think about having things like body fluids or bug parts or any other number of things in your food, even though they may be harmless when it comes to our health.

These situations can be difficult, if there is no physical harm. For example, if you found a bug in your food you may be absolutely grossed out and offended (among other feelings), all of which are mental or emotional damages or trauma.

You can recover damages for only emotional trauma—but usually, the object that you came into contact with would have to be so gross, so objectionable, that it would shock the conscience of the average person.

Physical Items in Food That Cause Damage

Then there are things in your food that can cause you damage. Sometimes, they are things that are always dangerous, such as a chemical, or a piece of metal that can cause damage to your mouth or internal organs when ingested. In fact, many times, non-edible products from food packaging end up in the food itself.

Other times, the objects may be harmless on their own, but dangerous specifically to you, such as if someone with digestive problems ingested a seed, which can inflame certain bowel or intestinal diseases.

These kinds of foreign objects can present two types of dangers. The first is the harm in actually ingesting foreign objects or chemicals or materials into your body. But the other type of damage is that which is done to the mouth and jaw, when they chomp down on something that they don’t expect to be there.

When you do encounter a foreign object in your food, your first reaction may be to throw it out.

Don’t do that; the object you chewed down on or ate part of, is evidence in the case. If the establishment takes the food away, try to get a picture of the foreign object that was in your food, before it can be discarded.

Did you eat a foreign object or was there something dangerous in your food? Call the West Palm Beach personal injury attorneys at Pike & Lustig today.