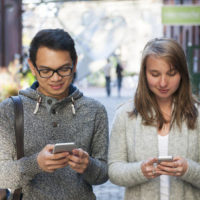 Pokemon Go is a popular mobile gaming application that uses advanced, augmented reality technology as part of its gameplay. When it was first released in the summer of 2016, it broke Apple’s mobile download records. Though, not everyone was happy with the product. Indeed, a Palm Beach, Florida man sued the game’s app maker, Niantic, INC, for alleged violations of the Florida Deceptive and Unfair Trade Practices Act (FDUTPA).

The plaintiff in this case, Mr. Beckham brought his legal claim on the grounds that the Pokemon Go game included terms and conditions that the user was forced to agree to before they could begin using the application. According to Mr. Beckham, these terms were overly broad and would allow the application maker to escape liability in any circumstance. One of the terms allowed the company to make retroactive changes to its conditions. Mr. Beckman argued that this specific contract term was a violation of the FDUTPA.

The Court Dismissed the Plaintiff’s Claim on Two Grounds

The Palm Beach County circuit court found two major problems with the plaintiff’s argument. First, the court ruled that he lacked legal standing to bring any claim against the app maker. Standing is a very important issue in business and consumer fraud cases. Essentially, you cannot bring a lawsuit unless you have the appropriate standing to do so. In general, you must have suffered some type of damage in order to have standing to bring a fraud claim. In this case, the court determined that Mr. Beckham’s injuries were entirely conjectural and hypothetical. By his own account, no actual damage had yet been suffered

Further, the court ruled that even if legal standing was granted to Mr. Beckham, his claim would still fail. This is because Niantic’s terms and conditions contained a choice of law provision. If you are bringing a fraud lawsuit that is based on a contract, any choice of forum clause that is contained within that contract will likely hold. In this case, the choice of forum provision mandated that the state of California and not the state of Florida was the appropriate venue to hear any legal claim. Florida courts do have the legal authority to invalidate choice of law provisions, but they will only do so if the plaintiff can prove that a “great injustice” would occur if the provision is upheld.

At Pike & Lustig, LLP, our Florida business law attorneys have extensive experience handling FDUTPA claims. For help with your case, please reach out to us to set up your free comprehensive case evaluation. We have offices in West Palm Beach, Wellington and Miami and serve business law clients all throughout South Florida.