Palm Beach County Mandates Face Masks in Public Buildings: Can They Do That; and What if You Refuse? 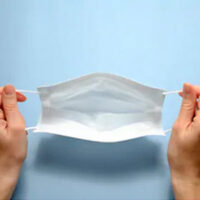 After hearing from local residents, on Tuesday, June 23rd, Palm Beach County commissioners voted unanimously in favor of requiring face masks to be worn inside public buildings to help prevent the spread of the deadly coronavirus.

The 7-0 vote will mandate that masks be worn “inside businesses or any building where the public has a right to access.” There will be some exemptions: on the beach, inside a gym, and other situations where social distancing is an option. However, many people are upset about mandatory mask-wearing, claiming it violates their constitutional rights.

So, under what legal authority do such orders fall – and are there legal limits on government actions during a health emergency?

The federal government’s power is limited and can only be applied during certain circumstances. Through the Commerce Clause, which gives Congress exclusive authority to regulate interstate and foreign commerce, the federal government has broad authority to quarantine and impose other health measures to prevent the spread of diseases from foreign countries. Also, the federal Public Health Service Act authorizes the Secretary of Health and Human Services, Alex Azar (for now), to lead federal public health and medical responses related to public health emergencies.

Under the U.S. Constitution’s 10th Amendment and U.S. Supreme Court decisions over nearly 200 years, state governments have the primary authority to control the spread of dangerous diseases within their jurisdictions. The 10th Amendment, which gives states all powers not specifically given to the federal government, allows them the authority to take public health emergency actions, such as setting quarantines, curfews & business restrictions. And masks.

The Palm Beach County Administrator says the county will work with law enforcement on the language of the mask mandate order. If violated, it could lead to a civil citation, however the goal is to educate people about the seriousness of the virus and how it’s impacting our health and the economy.

Keep in mind: When a 53-year-old Kentucky man who tested positive for COVID-19 refused to self-isolate, state officials there obtained a court order to force him to isolate himself. They also posted a law enforcement officer outside the man’s home. Wearing a mask may not be as extreme as that situation, but it’s safe to say that those who refuse to wear a mask will face repercussions.