Paying Off Foreign Government Officials Can Get You In Trouble 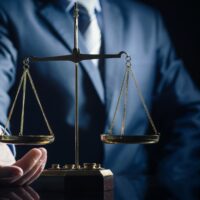 Would You Need to Bribe a Foreign Official?

If your business does business overseas, you may be surprised to learn that many countries have a more lackadaisical approach to bribery than we do in the United States. In many countries, industries are heavily regulated, which means heavy reliance on foreign government agencies to get things done, whether its approvals or permits or just getting required paperwork through the system.

It can be tempting: a local business may “grease the palms” of local officials and get a competitive advantage over you, who may be reticent to do the same thing, recognizing it as bribery. Combine that with government officials themselves telling or suggesting to you that a favor or a payment would help your chances of approvals, or speed up your timelines, and you may be tempted to think it’s OK.

But doing just that can get you in trouble with the Foreign Corrupt Practices Act (FCPA), which makes paying off or bribing foreign officials an illegal act, even if doing so is OK there, and even if a foreign government agent asked, suggested or induced you to do so. The law applies to you if you are a US company.

Any payment that gives you an “improper advantage” can get you into trouble. And the payment doesn’t have to be large or extravagant, and neither does the favor. The simple act of providing a few dollars to a foreign government official to process paperwork or an application faster can run afoul of the law.

Even benefits that aren’t financial can lead to violating the law. For example, telling a government official that if he or she helps you get permits that you will employ him, can be considered a violation of the FCPA. There is also no financial minimum—that is, it doesn’t matter how little you pay, so long as the payment is made with the intention of getting an advantage with a foreign government.

The law will look beyond your label, to see whether something is a payoff. That means that paying somebody for a favor, or to “consult” or otherwise pretending the payment is actually for some service provided, when in fact it is just a bribe, will violate the law.

You can provide small, nominally-valued gifts like picking up a cab fare, or buying a drink, without violating the FCPA. Gifts should be made in the open, and documented in corporate books.