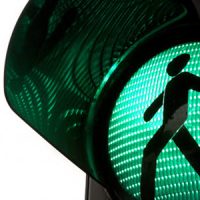 Pedestrian technology lags far behind the technology in our cars that is designed to keep us in our lanes, or to avoid collisions with other cars. In fact, many car manufacturers barely mention that the technology is even in their cars.

Pedestrian Avoidance Technology- How Does it Work?

Most cars operate on one of three systems: They rely on radar, cameras, or a mix of the two. Radar sends out waves that bounce back from objects (or people), allowing your car to immediately detect distances and avoid collisions.

But that technology has proven to be less than reliable when it comes to pedestrians, largely because of the artificial intelligence that the car must use when identifying a human person—or differentiating a person from the surroundings.

According to one study (which thankfully didn’t use real human beings), even the best technology (which was usually the combination of radar and cameras) avoided collisions in only 40% of the situations tested. That was at a speed of 20 mph, and in broad daylight.

That number gets much worse when there is more than one person involved in the study. When the car encountered multiple pedestrians, it was able to avoid an accident in only 20% of the cases tested.

If you think those numbers are bad they get much worse for children and minors. The cars were able to avoid colliding with kids in just 10% of cases—and that number went all the way to zero—essentially, useless—when the car’s speed was increased to just 30mph.

But the news actually gets even worse, when lighting conditions are less than perfect. In low light or nighttime conditions, most technology couldn’t manage to identify any people—no collisions were avoided. The technology was virtually useless.

It doesn’t matter what kind of car you buy; the studies included both expensive and economy cars, and included different kinds of pedestrian detection technologies. Radar and camera combined tended to do better, but cameras rely on light. That meant that radar did better at night—but fared the worst overall.

Should you buy a car with pedestrian avoidance technology? The consensus seems to be that “it can’t hurt.” That is, unless you’re just relying on the technology; it is not a replacement for looking out for pedestrians.

Are you a pedestrian who has been hit and injured by a car? Call the West Palm Beach personal injury attorneys at Pike & Lustig today for help getting compensation for your injuries.

By Michael Pike and Daniel Lustig | Posted on October 3, 2022