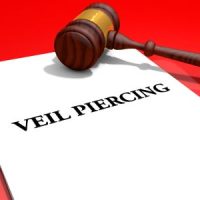 There are some exceptions to this corporate shield, where you could personally be held liable, but those situations are rare. For example, if you were to personally defraud someone, you could be personally sued, even if the fraud was technically committed in the name of the company.

One major example is the wording of a business contract. Many people know that signing a contract “on behalf of” a company, or “as president” of a company, is one way to make it clear that even though your personal signature is on a contract, you are only signing for, and on behalf of, the company.

But one thing people forget to look at is the body of and the wording of the contract itself. Language inside of the contract can sometimes “override” a signature that is purportedly signed as an officer of a company.

If there is language in the body of the contract that would seem to indicate—or at least, give the other side a plausible argument that its you, personally, who should be sued, and not just the company—you could find yourself on the hook for a judgment, individually, regardless of how you signed the contract. An attorney can review your agreement and see if there is anything in your business contracts that could inadvertently subject you to personal liability.

Another problem that people often make inadvertently, especially in smaller companies, is intermingling the company’s business and finances, and the personal officers or shareholders. In other words, the bank accounts, expenses, expenditures, or revenue, are not kept sufficiently separate. Thus, the idea of a company separate from an individual is really just a fiction, in name only.

The failure to follow corporate formalities or legal requirements—even procedural ones—is also something that a court will look at to see if there is an “alter ego” theory.

Call the West Palm Beach business litigation attorneys at Pike & Lustig today to keep yourself legally safe, and to have all your business contracts reviewed.