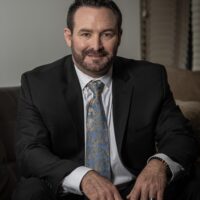 Managing Partner of Pike & Lustig, LLP, Michael Pike, was recently featured in the Boca Raton Tribune’s investigation into boating accidents – why they happen, how to avoid them, and what to do if you’re in one. It’s no secret that the founder of our firm, Michael Pike, is not only a personal injury lawyer, but an avid boater himself. As an authority on the law in both land and sea, Pike was tapped to comment on a report from the Florida Wildlife and Conservation Commission (FWC) regarding their recent report on Water Safety. Their findings conclude that the number of boating accidents per year is on the rise in Florida; and with the Memorial Day Holiday just days away, it is imperative that the rules and regulations of boating are reiterated in order to prevent needless accidents and injuries. Click here for more information or continue reading below:

In 2020, FWC reported 836 boating accidents in the Sunshine State. That is the highest in nine years and above the average of 722. There were also thousands of more registered vessels in Florida last year.

FWC says almost half of boating accidents last year were because of crashes and 44% of those were because the operator was not paying attention.

Personal Injury attorney and avid boater Michael Pike of Pike & Lustig, says, “Boating is supposed be fun, but the owner and the captain need to always remain vigilant, make sure their watching out for other boats, make sure they are staying within the channel and wake zones that are posted, and make sure they are passing on the right side.”

“Just like driving a car, boat operators need to follow the laws: no drinking and driving a boat, and always pay attention and watch out for other boaters,” he continues.

Fatalities on the water are also up in Florida. FWC reported 79 boating deaths in 2020, up from 65 the year before and the highest in five years.

Palm Beach County ranked third for the number of boating accidents in the state, behind Monroe and Miami-Dade Counties.

Pike adds that it isn’t just about the driver of the boat paying attention and following the laws; it is also critical that the other boat occupants remain vigilant, stay aware, and wear the appropriate life jackets – especially if they are underage or not familiar with boating.

If you are involved in a boating accident in the ocean, according to Pike, it falls under maritime law, which is a highly complex field of federal law. The reason maritime law applies is because the coastal waters belong to the United States as a whole, not to individual states, he adds. If the boating accident meets certain criteria, it must be reported to the Coast Guard. These criteria include: