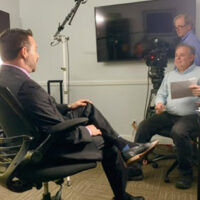 If you aren’t familiar with the Alyssa Hatcher case, it’s truly a sad one. The 17-year-old female of Umatilla in Central Florida was arrested and charged with two counts of criminal solicitation for murder after she stole her parents’ debit card and used the money she withdrew to pay two different people to kill them in a failed murder-for-hire scheme. She also used some of the money to buy cocaine.

Though many teens go through a phase of thinking they hate their parents, it seldom escalates to much more than raised voices and slammed doors. This, however, was a unique case, and when a student at Umatilla High School told a Lake County Sheriff’s resource officer that Hatcher had given her friend “a lot of money” to find someone to kill her parents, authorities had no choice but to take her into custody in September of 2019.

Although she was processed at the Lake County Jail, she was then turned over to the Department of Juvenile Justice. The problem is, prosecutors wanted to charge her as an adult.

Enter Dr. Phil. Get a sneak peek of the exclusive interview in the excerpt below:

“Tell us how you got involved in this case?

Mike Pike: Dr. Phil reached out to me to get help for Alyssa Hatcher because she was facing at least a decade in prison for this alleged crime and he was hoping I could put him in touch with someone that could help this family.

I knew just the person to reach out to.  I got in contact with the person I felt was a great fit to take on this case: Rajan Joshi.

Tell us what you know about the case and what could have happened:

MP: 17-year-old Alyssa Hatcher was facing multiple charges in adult court and looking at up to 75 years in prison. Had she not gotten the proper representation, things could have gone much differently for her.

What has Rajan been able to do for Alyssa?

MP: Rajan has been able to successfully negotiate a deal with the prosecution to keep her out of prison and instead go to a juvenile detention facility for less than a year (9 months). He has made sure she will get the proper rehabilitation. He has also been able to get her the treatment she needs in a drug rehab once she’s released”.

Be sure to tune in to Dr. Phil in February 2020 to see the full episode. Check back to get the exact date!