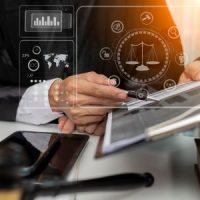 According to a report from Reuters, Dell—the Texas-based technology giant—has agreed to pay approximately $1 billion as part of a class action shareholder lawsuit settlement. The settlement agreement, which still needs to be approved by the Delaware Chancery Court, comes after the company was accused of  “short-changing” shareholders as part of a 2018 stock split. Here, our West Palm Beach shareholder dispute attorneys discuss the massive settlement in more detail.

Also referred to as a stock divide, a stock split occurs when a company creates additional shares for existing shareholders by granting them new shares in proportion to their old shares. As an example, imagine that a company has 100,000 shares trading at $50.00 per share. The company could split the stock and increase its shares to 200,000. By doing so, the new shares would be worth $25.00. Each existing shareholder would be entitled to receive two shares for each share that they own.

As a general matter, companies split stock when the existing share price is deemed too high to the point that it could become a barrier to getting new investors. Similar to many companies that have seen significant growth, Dell has a long history of stock splits. In 2018, the corporation board approved its eighth stock split. A complicated split, it provided 1,806 shares for every 1,000 outstanding shares held by a shareholder.

A class action shareholder lawsuit was filed against Dell related to its December 2018 stock split. As part of the stock split that the company engaged in 2018, it also executed a stock swap. The stock swap was centered around the company’s interests in a software firm called VMware. The complex transaction involved the swapping of billions of dollars worth of Dell shares and VMware shares.  The shareholders of the VMware stock had been seeking more than ten billion dollars in damages. A shareholder litigation trial was set to begin in federal court in Delaware within the next few weeks.

Get Help From a Miami Shareholder Rights Attorney Today

At Pike & Lustig, LLP, our Miami shareholder litigation lawyers are standing by, ready to protect your rights and help you find the best solution. If you have any questions about shareholder disputes or class action shareholder claims, please do not hesitate to give us a call today. From our law offices in West Palm Beach, Miami, and Wellington, we represent clients throughout Florida.