Recognizing The Signs Of PTSD After A Car Or Other Accident 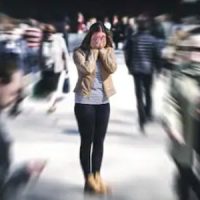 For many years, when servicemembers would come home from battle, the public didn’t quite know what was wrong with them. They acted erratically, seemed to have varying emotional problems, and sometimes had trouble readjusting to everyday life.

However, we now know that they were suffering from an illness that many accident victims also suffer from: Post Traumatic Stress Disorder, or PTSD, a disease that wasn’t even acknowledged as being real until the 1970s.

Events That Cause or Trigger PTSD

One symptom of PTSD is anxiety—but PTSD is not to be confused with an actual diagnosis of anxiety, as PTSD is caused by a triggering event—in accident victims, the accident itself. The medical community has targeted certain events as being able to trigger PTSD.

One is being involved in an event which causes, or which threatens to imminently cause, death or great bodily injury. Alternatively, witnessing a loved one undergo an event that threatens either of these can create the circumstances necessary for the onset of PTSD. Sexual assaults or sexual attacks also are known to cause PTSD.

The symptoms of PTSD can vary from person to person, but generally are characterized by some prevailing signs.

One symptom is avoidance of similar situations, and often, in an irrational way. For example, a soldier with PTSD may fear the sound of fireworks, as it is similar to the sound of explosives on the battlefield. Rationally, the soldier knows they are not the same, but PTSD creates the trauma, anxiety and fear from the similarity between the situations.

Likewise, a car accident victim may not want to get behind the wheel or drive through the intersection where the accident happened, as doing so will trigger the fear and anxiety from the accident itself.

It is normal to relive a traumatic event in our heads, but PTSD sufferers will do so repeatedly, and often to distraction. They may be unable to focus or concentrate on life or work tasks because they are so distracted by the thoughts of the accident.

PTSD sufferers may also feel a constant feeling of hyper-arousal; they may be constantly alert or “on guard.” This can cause anxiety, and even fatigue, as well as affecting the victim’s ability to concentrate. It may make the victim avoid situations with noises or distractions. The arousal can affect sleep patterns as well.

All of this can also trigger depression and fear, as the victim is seemingly unable to cope with everyday life. There is help for those suffering from PTSD, and many sufferers go on to lead normal, healthy and productive lifestyles. The key is recognizing the symptoms, and seeing a medical professional about them.

You can be compensated for the signs and symptoms of PTSD. Call the West Palm Beach personal injury attorneys at Pike & Lustig today.