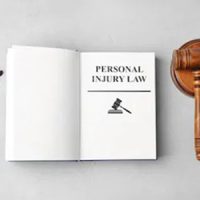 Can you prove your personal injury case, without ever having to prove who did something wrong? That sounds like a riddle, but it actually explains a legal theory that is well known in personal injury law, called Res Ipsa Loquitur, or just “Res Ipsa.” Res Ipsa is used for circumstances where there is no plausible, logical explanation for something, other than negligence.

When an accident happens, a victim must prove negligence. After all, in some cases accidents happen when nobody does anything wrong, so you can’t just assume that because you were injured in an accident, that someone did something wrong—that’s something you have to prove.

But in Res Ipsa, this  is something that’s assumed; you don’t have to prove it at all. Res Ipsa is for those things that couldn’t possibly happen, in the absence of someone being negligent or careless.

Let’s say for example that you are in surgery to have a knee repaired, and it turns out that the surgeon operated on the wrong knee.

You can’t prove what the surgeon did or did not do wrong before the surgery; you weren’t there. But you do know that there is no possible, plausible, or excusable explanation, for a surgeon operating on the wrong body part. There is simply no way that happens, unless someone did something wrong.

As another example, assume you find a body part or an animal part inside of your food. You have no way of proving what happened; you weren’t there when the food was being prepared or when the package or can of food was being manufactured.

But the only way something like that happens, is if someone does something wrong. There is no way that an object ends up in a food can, in the absence of carelessness or negligence.

In many cases where Res Ipsa Loquitur is involved, the victim may not be in any position to show who did what wrong. As you can see from the above examples, the victim isn’t there.

But there is no need to prove anything—the victim doesn’t need to show how a body part ended up in a can of green beans—it doesn’t matter how it happened, the fact that it did happen is, itself, evidence that there was negligence, thus allowing the victim to bypass the requirement to show who did what wrong, or where the errors or omissions leading to the accident took place.

With Res Ipsa, there is also control by the Defendant. The Defendant is the one doing the surgery, or packing the food item. Nobody else could have been in the operating room or the food plant (in our examples above), thus making it safe and legal to infer that it was the Defendant, and nobody else, who is liable for the accident and injuries.

Call the West Palm Beach personal injury attorneys at Pike & Lustig today to see how to prove your injury case.