Revisiting One Of The Most Famous Personal Injury Lawsuits: 1994 McDonald’s Hot Coffee Is Too Hot 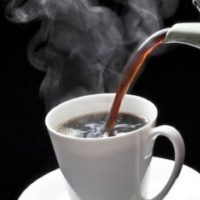 The McDonald’s hot coffee lawsuit is one of the most famous personal injury cases because back then, suing for hot coffee being too hot seemed idiotic to most people. The story most of us know is that in the early 90s, while driving in her car, a woman was holding McDonald’s coffee between her legs and accidently spilled some of the coffee onto her skin. What came next is one of the most famous personal injury lawsuit cases in history. Why? Because she sued McDonald’s for having hot coffee that was too hot.

It sounds ridiculous, and was treated as such in the media and in the public. Most people assumed it was some lady just trying to get rich quick, hoping for a corporate settlement so she didn’t have to work anymore. Therefore, when she won the case, people were outraged. It also led to many more personal injury lawsuits against large corporations – most of which were completely frivolous. Both of these outcomes illustrate how most people never knew the real story – and how serious it actually was.

Now here is the real story. Stella Liebeck was a 79-year-old woman in Albuquerque, New Mexico, whose grandson drove her to McDonald’s in 1992. She was in a parked car when she spilled the coffee, and completely took responsibility for the mistake. What she took issue with was the temperature of the coffee, which upon coming into contact with her skin caused third-degree burns on her legs and genitals, nearly killing her and requiring extensive surgery to treat. The nefarious part? McDonald’s knew their coffee was served too hot, that it was unsafe, and did it anyway.

McDonald’s received roughly 700 reports of people burning themselves from the too-hot coffee in the past decade before the Lieback case. And although McDonald’s admitted that its coffee was a hazard at such high temperatures, they continued the practice anyway. It was actually enforced by official McDonald’s policy, which instructed employees to heat up coffee to near-boiling point.

Liebeck never even wanted to go to court. She just wanted McDonald’s to pay her medical expenses, estimated at $20,000. When McDonald’s would only cover $800, she decided her only option was to file the lawsuit. During the trial, the jury concluded that McDonald’s handling of its coffee was so irresponsible that Liebeck should get much more than $20,000, suggesting she get a $2.9 million personal injury lawsuit settlement to send the company a message. In the end, Liebeck settled for less than $600,000. And McDonald’s began changing how it heats up its coffee. And that’s the real story.