Robert Johnson Quoted In Hit And Run Coverage On CBS12 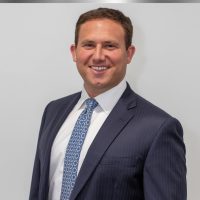 As we’ve discussed, May is Motorcycle and Bicycle Safety Awareness Month and unfortunately a tragic accident out of Palm Beach Gardens highlights the importance of safety by demonstrating what not to do. Pike & Lustig Associate Robert Johnson was tapped by CBS12 to discuss the hit & run accident and was quoted in the article below.

Two friends of a man charged in a fatal hit-and-run crash in Palm Beach Gardens told investigators they were asked to lie for the suspect.

Travis LeBlanc, 33, is facing a charge of vehicular manslaughter in the death of motorcyclist, John Michael Valiquette.

The crash happened in the evening of March 24 on Northlake Boulevard near Burma Road.

According to the arrest report, LeBlanc rear-ended the Harley Davidson motorcycle while going 68 miles-per-hour in a 45 mph zone. Valiquette was taken to St. Mary’s Medical Center with critical injuries. The 68-year-old man died more than a month later, on April 28. U.S. Marshals arrested LeBlanc the very next day.

SEE ALSO: Makeva Jenkins’ grandmother: ‘I just want everybody to find peace after this. That’s it.’

After the crash, police identified a possible suspect and car, and detectives went to LeBlanc’s home for an interview.

LeBlanc, in his initial statement to police, claimed he and his friends were hanging out on Flagler Avenue near the park area when someone stole his car. Police said his three acquaintances gave similar stories “but there were many differences in their statements,” police wrote in the report. Two of the acquaintances later recanted their statements before police left the home. They went to police headquarters where they told detectives “they were told to lie for LeBlanc.” They admitted they were never on Flagler Avenue or by the park and “it was all made up.”

Fatalities from hit-and-run crashes are up, according to the latest data from the Florida Highway Patrol.

And research from the AAA Foundation for Traffic Safety in 2018 showed, per capita, New Mexico, Louisiana, and Florida had the highest rates of fatal hit-and-run crashes.

May is Motorcycle and bicycle Safety Awareness Month. The state of Florida is reminding drivers of its “Stay @The Scene campaign. The penalties for not staying at the scene range from 60 days in prison and a $500 fine if there’s property damage, to something more severe if someone’s killed.

“When a driver ends up killing somebody on the road for whatever reason, and if they flee the scene, they are facing 30 years in prison for not pulling over and waiting for the police,” Johnson added.

In the hit-and-run crash investigation in Palm Beach Gardens, LeBlanc went to police on April 13 to talk about the crash. According to the report, he admitted to driving the car, crashing into the motorcyclist and fleeing the scene. He told investigators he knew he hit something that night, “possibly a car,” and fled the scene because he had a suspended driver’s license and was scared.