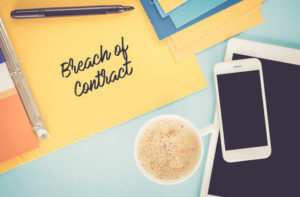 Recently, the Sun-Sentinel reported that the Seminole tribe of Florida has prevailed in a contract litigation claim against the state. Specifically, the lawsuit pertained to the legality of offering blackjack and other table games at casinos. As a result of the decision by the federal judge in the case, the Seminole tribe will be allowed to exclusively offer these type of games for the next fourteen years. According to the reporting, the tribe was very satisfied with the ruling. On the other hand, Florida Governor Rick Scott said that officials from the state will review the decision but that he has not yet decided on how the state will proceed on this issue.

The State of Florida Breached its Contract with the Seminole Tribe

In 2010, officials from the state signed a 20-year contract with representatives of the Seminole tribe. It was a wide-ranging and incredibly important agreement that gave the tribe the exclusive legal right to offer certain table casino games within the state of Florida. Blackjack was one of the games for which the tribe obtained exclusive operating rights. The Seminole tribe controls seven casinos in the state and qualifying table gambling would be restricted to those properties. In return, the state of Florida was to get $1 billion from the tribe over the first five years of the deal. After the initial five year period had passed (occurred in 2015) the deal was set for an automatic renegotiation of the specific terms. However, the Seminole tribe argued that the state of Florida quickly breached the contract.

Florida Allowed Other Casinos to Engage in Similar Games

The Seminole tribe was paying a significant amount of money for exclusive table game rights. Though, in the view of the court, the state of Florida allowed other casinos to offer a very similar type of game that violated the fundamental intentions of the contract. More specifically, these similar games were are known as ‘designated-player’ games. Technically, they do not operate quite like traditional casino table gambling. This is because designated player games do not involve the ‘house’. There is no dealer who acts in the role of the house at the gaming table. Instead, the individual players play exclusively against each other. Still, they are table games and as such these games can bring in a great deal of money to casinos who provide space for them. The court records suggest that designated player games have become so popular that they took away a large amount of the customer base of the casinos run by the Seminole tribe. The federal court agreed that this constituted a violation of their contract rights.

Are you involved in a contract dispute? The business law attorneys at Pike & Lustig, LLP can help. To learn more about what our team can do to support your business, please reach out to our West Palm Beach office today. We will review your case free of charge, with no further obligations. Our firm represent companies throughout southern Florida, including in Broward County and Dade County.