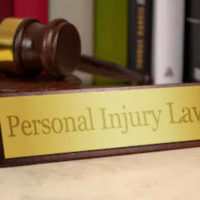 Sexual assault is unfortunately very common in this country. In the United States, such an act happens every 92 seconds. Women are much more likely than men to be victims, with 1 in 6 women a victim of rape or attempted rape.

However, many people are confused about what exactly constitutes sexual assault. Is it rape? Does it involve hitting or other physical contact? What if someone tries to threaten you with a sex act?

What the Law Says

Sexual assault is defined under state laws. In Florida, under Statute § 794.011, sexual battery is defined as vaginal, anal or oral penetration by another person’s sexual organ or by another object.  Sexual battery can occur between two adults if one adult does not give consent. This is often referred to as rape. A person who is mentally incapacitated, unconscious or asleep cannot give consent. Mental incapacitation can be temporary, such as through the use of drugs or alcohol, or it can be permanent, such as through a mental disease or physical disorder. Depending on the age of the victim and the perpetrator, a person can be charged with a felony and face life in prison.

Statutory rape is defined as sex with a minor. A minor cannot legally give consent, so that cannot be used as a defense. Statutory rape is not usually penalized under the law; instead, it is charged under sexual battery.

How This Definition Can Vary

The true meaning of sexual assault can actually vary, depending on which state you are in when the act occurred. It is defined as any type of sexual contact or behavior that occurs without the recipient’s explicit consent. This includes acts such as rape, attempted rape and fondling. Sexual harassment can sometimes turn into sexual assault. “Locker room talk” is not usually penalized, but it can carry a lot of weight in some cases. If the language condones a sex crime, it can be considered sexual harassment or assault.

Sexual assault is a serious crime. If you are a victim, you may suffer physical or emotional suffering for many years. Many children, particularly girls, are raped at a young age.

Don’t let the abuse continue. Call the experienced Miami sexual assault & battery lawyers at Pike & Lustig, LLP.  We will work diligently to hold the abuser liable for their actions. To schedule a consultation, fill out the online form or call 561-291-8298. We have offices in West Palm Beach and Miami to serve you.

By Michael Pike and Daniel Lustig | Posted on September 6, 2019