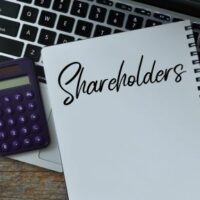 According to a report from The New York Times, a former minority shareholder of Brooks Brothers has filed a shareholder lawsuit against the company on the grounds that it used bad faith practices. The company was one of many financial casualties of the COVID-19 pandemic—it filed for bankruptcy protection in July of 2020. In this blog post, our Miami shareholder dispute lawyers discuss the allegations raised by the minority shareholder.

The Del Vecchio’s are an Italian family that controlled the majority of shares in Brooks Brothers. As a collective, the family was worth more than $1 billion when the company filed for bankruptcy protection in the summer of 2020. Now, TAL Apparel Limited has filed a shareholder lawsuit against the Del Vecchios, alleging that the family used its inside position at the company to abuse the minority shareholders.

Minority Shareholder’s Interest in the Clothing Retailer is Nearly Worthless

When Brooks Brothers went into Chapter 11 bankruptcy last July, it allegedly caused the shares held by TAL Apparel Limited to become “virtually worthless.” The minority shareholder is pursuing legal action against the company’s ownership on the grounds that the family engaged in “bad faith” commercial practices.

Specifically, the minority shareholder alleges the Del Vecchio family had several bids for the company lined up in 2019, prior to the outbreak of a global pandemic that damaged the retail sector. However, the minority shareholder lawsuit contends that the family decided against accepting any of those bids solely because doing so would have resulted in a payment being made to TAL Apparel Limited.

In other words, the Hong Kong based retail company contends that the Del Vecchio family  made business decisions focused solely on taking advantage of the position of its minority shareholders. For its part, the ownership group strongly contested the allegations being raised against it. In response to the lawsuit from minority shareholders, they stated that the claims are baseless and that they “expect the court will dismiss the case.”

At Pike & Lustig, LLP, our Miami shareholder rights lawyers are determined to protect the rights and interests of our clients. If you are a minority shareholder who believes that your rights were violated due to bad faith actions, we are ready to help you take legal action. Give us a call now for a confidential review of your case. Our firm provides representation to shareholders from our offices in Miami and West Palm Beach.