Shareholder Disputes: What Is An Activist Shareholder? 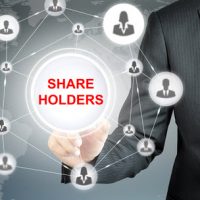 A minority shareholder must put a significant amount of trust in the hands of a corporation’s officers and directors. Most shareholders are relatively “passive”—they rely on the company’s decision-makers to protect the best interests of the business. An “activist shareholder” is an exception. In this article, our West Palm Beach shareholder dispute lawyers highlight some of the key things to know about activist shareholders.

What is an Activist Shareholder?

How Do Activist Shareholders Exert Influence?

Shareholders have a number of different legal tools available to exert their rights or otherwise influence the direction of the company. Shareholder activism is a highly fact-specific, case-by-case matter. A non-exhaustive list of the strategies that minority shareholders can use to engage in activism include:

Activist Shareholders May End Up in Disputes for Many Reasons

Get Help From a Shareholder Law Attorney in South Florida

At Pike & Lustig, LLP, our Florida shareholder dispute lawyers are skilled, results-oriented advocates for our clients. We are focused on finding solutions. If you are locked in a shareholder dispute, our firm is here to help you find the best path forward. Give us a call or use our online contact form to set up your strictly confidential case assessment. We provide business litigation representation in West Palm Beach, Miami, and all around South Florida.