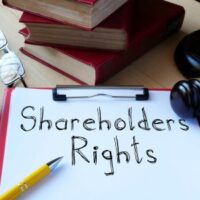 According to a report from The Denver Post, CoreCivic, one of the largest private prison companies in the United States, has agreed to pay $56 million as part of a settlement with shareholders. The underlying dispute centered around a significant drop in the company’s stock price in 2016—and what corporate directors did or did not know. In this article, our West Palm Beach shareholder disputes attorneys provide an overview of the dispute and discuss the key terms of the settlement.

Allegations: Corporation Misstated the Quality and Value of Its Services

In August of 2016, the United States Department of Justice (DOJ) issued an official policy memorandum calling for the phasing out of private prison contracts in the federal sector. The memo—which was published for public consumption—included the following assessment of private prisons “they simply do not provide the same level of correctional services, programs, and resources; they do not save substantially on costs.”

The release of the memo had a material impact on the stock price of CoreCivic. In July, the price of the company’s stock hovered around $30.00 per share. In September of 2016, it dipped below $15.00 per share. A class of shareholders argued that they were induced to invest in the company due to material misrepresentations made by the corporation. Specifically, the shareholders pointed to the company’s marketing campaign which emphasized its ability to provide more reliable, cost effective correctional services than the Federal Bureau of Prisons (BOP).

For its part, CoreCivic defended the shareholder lawsuit on two primary grounds. First, the company noted that the Trump Administration rescinded the Obama-era memo within its first few months in office. The company’s stock price rebounded off of that initial fall. Additionally, the company argued that its marketing merely used “generic” and “standard” statements, not fraudulent misrepresentations of material facts.

As with many other shareholder lawsuit settlements, the specific terms of the agreement are confidential. CoreCivic did not admit to any wrongdoing in reaching the settlement. In most cases, parties reach a settlement of a shareholder dispute when they both feel that the terms are better than the risk of litigation. Even if you feel that you have a strong, well-supported legal claim or legal defense, litigation always carries some level of risk. Had this shareholder dispute gone to trial, the most important issue would have been what the corporate directors knew and when they knew it.

Were Your Rights as a Shareholder Violated?

We are standing by, ready to help. At Pike & Lustig, LLP, our Florida shareholder rights lawyers have the skills, knowledge, and legal experience that you can count on for results. If you are a shareholder and you believe that corporate directors improperly affected the company’s stock price, we are available to help. Call our West Palm Beach law office or our Miami law office to set up your private initial meeting with a lawyer.