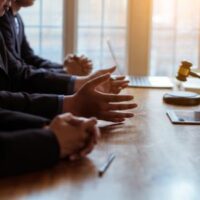 Normally, a shareholder cannot sue a company or for mismanagement, at least not in the shareholder’s own name. The suit has to be filed on behalf of the company, against its own owners or managers. The suing shareholder stands as a representative of all shareholders. That’s a derivative lawsuit.

An individual lawsuit allows an individual shareholder to sue the company’s owners or management in his or her own name. The individual is not representing anyone but himself in teh lawsuit.

Case law says that for a shareholder to sue another shareholder for something the shareholder did to the aggrieved (damaged) shareholder, certain criteria must be met:

Put another way, to sue individually, a shareholder’s injuries or damages can’t be “just because” the person happens to be shareholder. There must be something more that makes the damages or injury to the shareholder individual in nature.

Simply having someone’s stock value, or the value of their ownership interest in the company reduced, won’t be enough for the shareholder to file an individual action (that doesn’t mean the company can’t be sued—it can—the suit just would have to be maintained as a derivative suit, filed on behalf of the company, not the individual shareholder).

Another way of thinking of this is whether the wrong that is alleged by the shareholder, seeks to enforce a right that exists in the company, or by virtue of being in the company. If so, the case should be filed as a derivative lawsuit.

Courts will also ask if the shareholder’s injuries or damages are substantially different than that suffered by all shareholders in general. If so, it is more likely that the lawsuit can be filed individually.