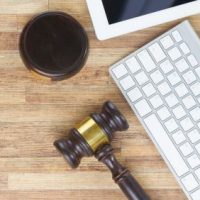 According to a report from Reuters, a group of Lyft shareholders have scored an important victory in their lawsuit centered around the company’s initial public offering (IPO). A federal judge in California has stated that shareholders can proceed with their class action claim against the San Francisco-based ridesharing giant. The plaintiffs allege that Lyft improperly failed to disclose certain adverse information to the public/investors, including alleged sexual assaults by drivers. In this article, our Miami shareholder dispute lawyers highlight the key things to know about this case.

A key background point in this case is that Lyft’s IPO was not as successful as some people anticipated. The ridesharing company went public in late March of 2019, with an initial stock price of just over $72 per share. Within two months, the price of Lyft shares had fallen by more than 35 percent. Some shareholders sustained significant losses by purchasing shares during or immediately after the company’s initial public offering.

There is always a risk involved with investing. At the same time, public companies have a legal responsibility to make proper disclosures to their shareholders. The lawsuit in this case alleges that Lyft’s corporate leadership knowingly failed to share adverse information. Specifically, the shareholder lawsuit alleges that Lyft’s corporate directors concealed two key safety problems:

According to the allegations raised by the investor who spearheaded the lawsuit against Lyft, the company’s leadership intentionally concealed this information because it was trying to market/position itself as a more responsible alternative to its main competitor, Uber. The company has also had public issues with sexual misconduct.

A group of shareholders sought class action certification to pursue its claim against the company. In its defense, Lyft argued that class certification should be denied because some investors who would be covered as part of the class had knowledge of the safety issues in question, including sexual assault committed by ridesharing drivers. Lyft wanted an individual inquiry into the knowledge of each investor.

A federal judge in California has ruled against the ridesharing company. In the decision, the court determined that class action certification is appropriate given the specific circumstances of the case. To be clear, no decision has yet been made regarding the merits of the shareholder lawsuit regarding Lyft’s initial public offering. Affected shareholders will simply now be able to pursue their claim as a class—which puts them in a significantly stronger position.

At Pike & Lustig, LLP, our Florida shareholder lawyers are dedicated to providing the highest level of legal representation to our clients. We are driven to help shareholders find cost effective, reliable solutions. If you have questions about your rights as a shareholder, we are available to help. Call us now for a fully private appointment with an experienced attorney.

By Michael Pike and Daniel Lustig | Posted on September 2, 2021