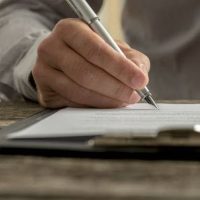 What is a Non-Disparagement Clause?

As you can see, what is unique about a non-disparagement clause is that it isn’t technically related to the facts of your case or lawsuit. Unlike a confidentiality clause, which says that someone can’t say anything about the case or the settlement, the non-disparagement clause prevents someone from saying anything bad about you or your business whether the information is relevant to or related to your case or not.

Of course, one thing that people want to know is, if they are bound by a non-disparagement clause, anybody would actually know if they are violating the clause by “talking trash” about the other party to the clause. The answer is a solid “it depends.”

Certainly, if you are at the bar with your buddies and you talk about how awful Chase Bank or Amazon.com or some other company that you signed a non-disparagement clause with is, it’s unlikely they will find out. However, if you post something to Facebook, or Reddit, or some other public forum, it’s much more likely to be discovered.

If you are the one who wants to keep someone else from disparaging your company, you can certainly do so in your contracts or agreements. However, the other side must get something in return (in other words, there must be consideration supporting the agreement not to say anything negative about you or your company).

You also should be specific, no matter what side you are on, whether the non-disparagement clause requires the take down or removal of previous comments or statements that are in public view, or whether the clause only covers conduct going forward.

Call the West Palm Beach business litigation attorneys at Pike & Lustig today to help your business with its business contracts and agreements.