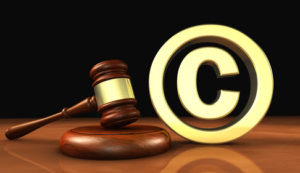 Recently, Rolling Stone reported on major class action copyright lawsuit that was settled by the multi-billion dollar broadcasting conglomerate SiriusXM. To settle the dispute, the company agreed to pay out $99 million to impacted plaintiffs. This lawsuit stems from the fact that the satellite radio company had been playing songs from before 1972 without compensating the artist, producer or owners of such tracks. SiriusXM has been dealing with this issue for several years now. Indeed, the company settled a similar lawsuit in 2015 for approximately $210 million.

Audio recordings were first granted federal copyright protection on February 15th, 1972. This means that any song released prior to that date does not have federal copyright protection. Of course, this includes music by many popular artists such as The Beatles and Elvis Presley. For several years, SiriusXM was simply playing all of this pre-1972 music without paying anybody royalties. In fact, SiriusXM was operating non-stop commercial free music channels dedicated solely to music from this era. To better put this into perspective, in a court filing, the class action plaintiffs asserted that nearly 15 percent of all songs that SiriusXM played over their airwaves were recorded before 1972. The company never paid a dime to use any of this music. Without federal copyright protection for these songs, plaintiffs had no federal cause of action related to this issue. However, in many jurisdictions, copyright is also regulated at the state level.

The class action plaintiffs filed three separate lawsuits against SiriusXM. One lawsuit was filed in California, another in New York and the final one was filed in Florida. Florida in particular has a statute that applies directly to this type of case. Florida Statute 540.11 prohibits the willful transfer of another party’s recordings for the purposes of making a profit. In the state of Florida, and in the California, the 1972 date is irrelevant. Recognizing that the state laws were not in the favor, SiriusXM moved to settle the case.

The Issue May Be Federalized in the Future

Our West Palm Beach copyright litigation lawyers can help. If you are in a copyright dispute, please get in touch with our team today to set up your free initial case evaluation. At Pike & Lustig, LLP, our attorneys provide copyright law services to businesses and individuals throughout South Florida, including in Broward County, Dade County and Palm Beach County.