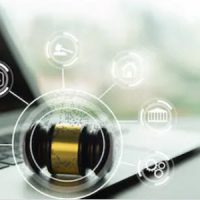 According to a report from NBC News, the social media company Pinterest has settled a shareholder lawsuit related to allegations over its “toxic” workplace culture. The lawsuit was initially filed by the Employees’ Retirement System of Rhode Island. The specific details of the settlement were not disclosed to the public. In this blog post, our West Palm Beach shareholder dispute lawyers discuss the settlement reached by Pinterest.

With collective holdings totaling more than $9 billion, the Employees’ Retirement System of Rhode Island holds retirement assets on behalf of teachers, police, firefighters, and other municipal workers in Rhode Island. The institution has been one of the largest investors in Pinterest.

In December of 2020, the Employees’ Retirement System of Rhode Island filed a shareholder lawsuit against the San Francisco-based social media company on the grounds that their interests had been damaged by the company culture of discrimination. The shareholder lawsuit was joined by the Ohio Laborers’ District Council and Contractors’ Pension Fund.

The lawsuit filed by the pension funds alleged that the predominantly white and male leadership team at Pinterest personally engaged in discriminatory practices and/or knowingly ignored discrimination within the company. Certainly, workplace discrimination raises employment law issues. The pension funds contend that the culture of workplace discrimination at Pinterest was also a shareholder rights issues because the company’s financial position was harmed. Shareholders alleged that the social media platform lost significant goodwill with its female-leaning user base.

Notably, the gender discrimination at Pinterest did make national headlines. In December of 2020, shortly after the shareholder lawsuit was filed, The New York Times reported that Pinterest agreed to pay $22.5 million to its former female chief operating officer (COO) who alleged that she was fired after reporting sex-based mistreatment at the company.

The specific terms of the shareholder lawsuit settlement have not been released to the public. When settling a shareholder dispute, parties may opt for a confidentiality agreement. In many cases, confidentiality regarding the terms of the settlement may be in the best interests of all parties involved. Notably, in relation to this case, Pinterest announced that it is establishing a $50 million fund to help promote diversity in the workplace. It is not known whether or not the fund was required as a part of the shareholder settlement.

At Pike & Lustig, LLP, we are focused on providing solutions-driven legal guidance and support to clients. Shareholder litigation is complicated—you do not have to navigate the legal process all alone. If you are locked in a difficult shareholder dispute, we are here to help you navigate the legal claims process. Call us now for a strictly private review of your case. Our law firm handles shareholder litigation throughout South Florida from our offices in West Palm Beach, Wellington and Miami.

By Michael Pike and Daniel Lustig | Posted on December 6, 2021