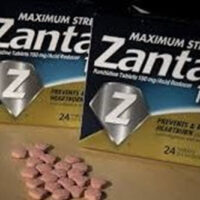 On June 30th, 2021, the United States District Court Southern District of Florida dismissed a civil RICO lawsuit in a class action Zantac case. A popular heartburn medication, Zantac (ranitidine) was recalled by the FDA after being linked to several types of cancer. Without weighing in on the product liability question, the Florida court found that plaintiffs did not present adequate evidence to move forward with a civil RICO case. Here, our West Palm Beach RICO claims attorneys explain the key things to know about this lawsuit.

Background: Serious Concerns About the Safety of Zantac (Ranitidine)

Zantac is the trade name of a heartburn medication called ranitidine. On April 1st, 2020, the Food & Drug Administration (FDA)  requested the removal of Zantac from the market. In its official press release, the federal regulatory agency advises consumers that new studies demonstrated a significant risk to public health. According to the FDA, Zantac was tainted with high levels of a toxin called NDMA—a carcinogen. NDMA has been linked to several forms of cancer.

A Civil RICO Lawsuit Over Zantac

Currently, litigation is still ongoing over Zantac. Most of these cases are defective drug/product liability claims. However, a civil RICO lawsuit was filed in a Zantac case in South Florida. According to the allegations raised in the RICO complaint, manufacturers and distributors of Zantac engaged in a pattern of racketeering activity in producing, promoting, and selling the product. Specifically, the civil RICO plaintiffs alleged:

While the defendants challenged the civil RICO lawsuit on a number of different grounds, the dismissal of the lawsuit by the United States District Court Southern District of Florida was focused on a specific issue: The so-called ‘indirect purchaser rule’. None of the plaintiffs in this case purchased anything directly from the manufacturers in question.

In effect, the court ruled that the class action plaintiffs in this case do not have the standing to bring a RICO claim against Zantac manufacturers because they did not have any direct interaction with them. That is not to say that they are entirely without legal options. The indirect purchaser rule does not prohibit a product liability.

At Pike & Lustig, LLP, our Florida civil RICO attorneys are committed to providing the highest level of client service. If you have any specific questions about civil RICO litigation, we are here to get you answers. Call us now or contact us online for your confidential, no obligation case evaluation. Our law firm represents clients throughout South Florida, including in Palm Beach County, Broward County, and Miami-Dade County.