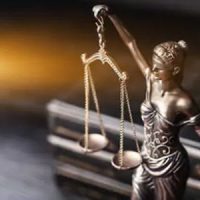 When you sign a contract, it is your obligation to live up to every detail in that contract, in full, completely. Of course, that makes sense, and is generally a true statement. But there is one exception in Florida law, called substantial performance.

There are times when a party completes the obligations of a contract so fully, so completely, that it is fair to say they are in compliance with their contractual obligations, even if they didn’t actually complete every obligation in the contract. In other words, it would simply be unfair to deny someone the benefit of a contract, because they completed “almost” every obligation they had.

The rationale is that denying someone a benefit under a contract is a harsh penalty. Courts only want it applied when there is a material breach of a contract, or a breach that goes to the benefit of the bargain. Courts don’t want parties trying to get out of their obligations, by saying the other party failed to do something immaterial, or insignificant.

Substantial performance has applications in specified areas of law. For example, imagine a real estate contract said that someone was purchasing 5 acres of land. After purchasing and surveying, it turns out the land is only 4.9 acres. That is likely an insignificant deviation, and thus, an immaterial breach.

What is material or immaterial may depend on the circumstances. In our example, if the purchaser needed all 5 acres of the land for some reason, the purchaser could argue that the breach was material. Or imagine a contract where 20 items were supposed to be delivered, and 19 come on time, and 1 comes a day later. Although technically a breach, it is an insignificant, and immaterial breach.

Parties can contract away the defense of substantial performance, by including language in their contracts that says that full and complete performance is required. However, that provision would apply to both parties, so if you don’t want to give the other party any room for error, you won’t get any under the contract either. This could lead to unnecessary and costly litigation.

What Can You Sue For?

Even with substantial performance, an aggrieved party still may have the right to sue for the cost of “fixing,” or completing the contract, if indeed fixing or completing is necessary. So if a contractor builds a house completely, but installs chair railings that are 3 inches instead of 4 inches, the cost to fix the error could be recovered in a lawsuit.

Practically, parties do need to make the decision of whether the cost to complete the project or contract is worth what it would cost to sue, and litigate the matter. This may not be a concern, if the contract has a prevailing party attorney’s fee provision.

Call the West Palm Beach business litigation lawyers at Pike & Lustig to help you with your business contracts and agreements.