Successor Or Alter Ego Company? It Makes A Difference 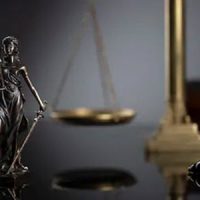 So your company didn’t do well. Maybe it closed, you liquidated it, or filed for bankruptcy. But you’re convinced that if you can do it again, and do it the right way, things can be different this time. Should you start what is known as a successor company?

Courts will often ask if your new, successor company is simply a reincarnation of the old company, or just the old company operating under a different name.

There is no bright line, hard line test to see whether a company is a true, separate successor, or whether it is in fact just the old company in different skin. Certainly, the more differences between the companies, the better it will be for our new company.

If at all possible, try to start your new company the same way you would if the old company never existed.

Certainly, you can use your old procedures, and your existing customer base. But also look at your similarities to the old company—including whether your shareholders, officers, or board of directors are exactly the same as the old company. These can all be telling signs to a court that our new company isn’t really a new company at all.

By Michael Pike and Daniel Lustig | Posted on September 21, 2021