Summary Judgment: A Decision Before A Trial 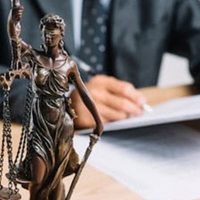 Summary Judgment – Why Have the Rule?

Courts are busy. And, they know that not every case actually has two sides to it. In many cases, lawsuits have no valid basis for being filed or no valid defenses. Sometimes, as the case goes on and the evidence is gathered, all the evidence just looks like it is insurmountably adding up in favor of one party or the other.

If this is the case, the thinking goes, why should the court take the time and expense to go forward? Why not make a judgment early on, if the evidence gathered so overwhelmingly favors one party or the other?

To get a summary judgment, you will have to show the judge (and it is the judge, not the jury, even if you have requested a jury trial) that there is so much evidence in your favor, the other side has no reasonable chance of winning. Even if the jury believed everything that both parties were saying, and took it all as true, one side or the other would definitely have to win the case.

Evidence is not presented at summary judgment the way it is at trial. Instead, the parties summarize their evidence.

They will file whatever paper evidence that they intend to use. Instead of testimony, the parties will get affidavits from potential witnesses, which will say what the witnesses will say when and if they ever go to trial.

The evidence presented at summary judgment must be admissible when and if, there was ever a trial later on down the road.

The question is whether or not there is any material fact for a jury to rule on. That is, whether there is anything really in dispute in the case, based on the evidence presented at summary judgment.

This is why it is so important for business law attorneys to get the evidence they need, and develop their case early.

A court won’t enter a summary judgment if a party is still waiting to get needed evidence. But a lawyer that sleeps on a case, and doesn’t get the evidence they need, as quickly as they can, risks losing before they even get to trial.

By Michael Pike and Daniel Lustig | Posted on September 27, 2021