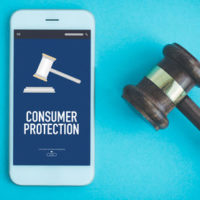 On June 13th, 2018, the Miami Herald reported that Destiny Asjee Rowland, a 21-year-old woman from South Florida, is set to be sentenced for her role in a $16 million business fraud scam. According to state prosecutors, Ms. Rowland helped to establish an international ring that included as least 74 different people who were working to defraud U.S. companies. Thus far, 23 other people in South Florida have been implicated in this business fraud case.

Ms. Rowland and her co-conspirators targeted businesses across the United States using e-mail-based scam tactics. The fraudulent e-mails were designed to trick American businesses into sending wire transfers to unrelated bank accounts — many of which were located outside of the country. Here, our West Palm Beach business fraud attorneys explain how exactly this business fraud scheme operated and we discuss what you should do if your business was defrauded.

The Anatomy of a Business Fraud Scheme

In July of 2017, Ms. Rowland set up a company called Asjee Luxury in Sunrise, Florida. Within one month, she already had $1.7 million in her bank account. All of these funds were illegally obtained. The e-mail fraud scheme was rather simple: conspirators made fraudulent email accounts through which they targeted legitimate American business.

Business Fraud: Three Steps to Take to Protect Your Rights

If you believe that your company has sustained losses due to business fraud, you need to take immediate action to protect your rights and interests. At this point, you should take the following three steps:

Were You a Victim of Business Fraud in South Florida?

We can help. At Pike & Lustig, LLP, our top-rated business & consumer fraud lawyers have helped many people recover full financial compensation for their damages. If you were a victim for fraud, please do not hesitate to contact us today for a free review of your legal claim. With offices in West Palm Beach, Wellington and Miami, we are committed advocates for individuals and businesses throughout South Florida.