SUVs And Large Vehicles Are Way More Deadly For Pedestrians 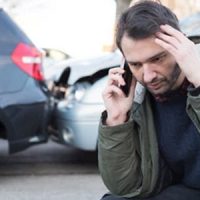 This may not come as a surprise, but when bigger cars hit pedestrians, the injuries to the pedestrians are much worse than they are with smaller cars (although obviously being hit as a pedestrian by any car can be deadly). There are now statistics and studies to show just how dangerous it can be when larger trucks or SUVs collide with pedestrians.

SUV Accidents More Likely to End in a Fatality

When it comes to kids who were pedestrians, only about 17% of all accidents involved kids being struck by cars. But SUVs accounted for about 40% of the total fatalities to children when hit by cars.

Note that these numbers may vary wildly based on the study—but all studies show much higher pedestrian death rates with larger vehicles, no matter what the numbers.

Cars Are Getting Bigger

Many say it is no surprise that as SUVs and trucks rise in popularity, and increase in size—many automakers have added larger SUVs to their car lineups in the previous 5-6 years—so too have pedestrian deaths been on the rise.

There is some evidence to support the fact that SUVs and larger trucks tend to kill pedestrians when the vehicles are in the process of making turns—not when they are just going straight. Of all larger vehicles, pickup trucks tended to be the most deadly, and most likely to be involved in fatalities to pedestrians, than vans or SUVs.

There are a lot of theories behind all of these findings. One obvious reason may be visibility; larger vehicles tend to be higher (often called a “frontal blind spot”). There has even been talk of governmental intervention, to require the front ends of larger SUVs to be redesigned, but that has not taken effect.

From the front, drivers may have a harder time seeing pedestrians (especially children) and there may be bigger blind spots. Pickup trucks and vans may be older, work vehicles that don’t have the avoidance technology that newer cars have.

Biomechanical science may also have some explanations. What does the human body do when it is hit by a vehicle of a given size? When a normal size car hits someone, the human body may roll up on the hood of the car, and to the ground. This is certainly devastating and potentially deadly. But it may be much better than being hit by a bigger vehicle; the body can’t go upwards because the front end of the vehicle is too high, so the body is thrown to the ground, and thus, underneath the moving car.

Have you been hit by a car or SUV? Call the West Palm Beach personal injury attorneys at Pike & Lustig today.