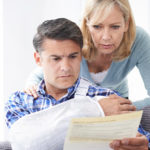 On April 13th, 2017, the Supreme Court of Florida issued a ruling in the case of Worley v. Central Florida Young Men’s Christian Ass’n. This decision is extremely important, as it will have significant ramifications for attorney-client privilege rights issues in future Florida lawsuits. In Worley, the Supreme Court ruled that attorney-client privilege protects… Read More »

Damages Arising From Negligence in Sexual Assault and Battery Cases

Nothing is more traumatic than sexual abuse, as reminds a case involving a Florida Diocese, Eucharistic minister, and a 13-year-old special needs boy. In a suit against the Catholic Diocese of Venice in Florida for $5 million in damages, both the Diocese and its bishop have been accused of negligence in failing to prevent… Read More »

Several parked cars were damaged when a 47-year-old Florida woman allowed her 3-year-old grandson to drive a car. According to what one witness told police, there was a loud crash and the witness saw a gold, four-door Chrysler crash head-on into a parked vehicle and then back into another vehicle. The witness said that… Read More »

If you are involved in a car accident and you want to receive compensation for your injuries from the driver who caused the accident, you will need to prove that the other driver is at fault. The two most common types of fault are (1) negligence, and (2) recklessness. Another type of fault is… Read More »

The family of a man who was killed while riding his motorcycle was awarded nearly $15 million as the result of a wrongful death lawsuit. The motorcyclist was killed when his motorcycle collided with a truck. This is one of the largest judgments ever awarded for a motorcycle accident in the state of Florida…. Read More »