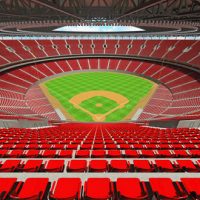 By definition, minority partners are in a somewhat vulnerable position. The majority owner of a partnership may try to take control over the entity without consideration to the rights and interests of the minority partners. That is the fundamental basis of this partnership dispute.

Stuart Sternberg is the majority owner of the Major League Baseball (MLB) team the Tampa Bay Rays. Mr. Sternberg owns between 80 percent and 90 percent of the company. He has been amassing a greater stake in the team for more than a decade. The limited partners allege that he is trying to unlawfully “squeeze” them out of the business.

A ‘squeeze out’ is a term that you may run into in partnership law and/or shareholder law. In effect, it refers to a situation in which the majority owner of a business attempts to use undue pressure to  get a minority to sell their stake—generally at an unfairly low price.

The partnership lawsuits—of which at least three have now been filed—allege that Rays majority owner Stuart Sternberg transferred ownership of the team into a new entity (Rays Baseball Club) without notifying the minority partners. They also contend that Mr. Sternberg failed to disclose the fact that the team received a nearly $400 million payment from its regional sports network. In the current structure, regional sports networks are a huge part of the overall revenue of MLB teams.

The minority partners who filed the lawsuit state that they have not received proper distributions from the business. For his part, Mr. Sternberg, through legal representations, indicated that the team is simply going through a routine corporate reorganization. It is a complicated legal dispute. To prevail, the minority partners will need to prove that their rights and interests in the business (Tampa Bay Rays) have been unlawfully harmed due to the improper actions of the majority owner.

At Pike & Lustig, LLP, we have deep experience handling complex partnership disputes. If you are locked in a disagreement with a business partner(s), our attorneys are here to help you find the best path forward. Give us a call today to set up a confidential initial appointment with an experienced attorney. From our offices across the entire region, our commercial litigation lawyers are well-positioned to handle partnership disputes throughout South Florida.