Tesla Battery Contributed to a Fiery Crash That Killed Two Teens, Parents Are Suing the Company 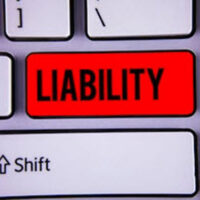 The battery of a Tesla is partially responsible for killing two teens in a fiery crash, according to an accident report. The conclusion was made by the National Transportation Safety Board and is stemming from a May 2018 auto accident that killed a teen driver and his front-seat passenger.

According to the New York Post, the battery of Tesla that ignited in a fiery crash in Fort Lauderdale, Florida, was partially responsible for the severity of the teens’ injuries.

The NTSB concluded that the battery that ignited after a 116-mph collision contributed to the death of the teenagers. In its accident report, the investigative agency found that the teen driver lost control of Tesla because he was driving at a high rate of speed.

How Tesla’s Battery Contributed to the Teens’ Deaths

The report stated that Tesla’s “crash-damaged lithium-ion traction battery” caused a post-crash fire that contributed to the severity of the teens’ injuries. Both teens who died in the May 2018 crash were days away from graduating high school.

The agency also found out that the teen driver’s father took the automobile to Tesla dealership and had it placed in “loaner” mode after his son was caught driving at 112 miles per hour in a 50-mph speed zone two months before the fiery crash. In other words, the loaner mode was supposed to prevent the driver from exceeding a speed of 85 mph.

However, the teen later brought the car back to the dealership, and Tesla workers agreed to turn off the “loaner” setting and restore the auto to its normal settings. The teen’s parents are now suing Tesla, claiming that the company is responsible for their son’s death because they removed the “loaner” mode, which caused the vehicle’s battery to catch fire.

Electrical System Problems That Can Cause Auto Accidents

Mechanical failures in automobile and electrical system problems are not as rare as you might think. There are a variety of issues that can impact automotive electrical systems and result in auto accidents, explosions, or fires:

Who is Responsible for a Defective Automobile Accident?

Typically, there are multiple defendants in vehicle accidents involving an automobile defect, mechanical errors, or electrical system problems. Several parties from the chain of distribution can be found liable for your defective automobile accident:

By Michael Pike and Daniel Lustig | Posted on January 6, 2020