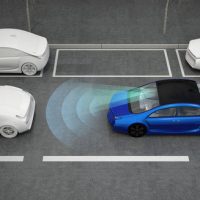 The US Department of Transportation’s National Highway Traffic Safety Administration (NHTSA) announced that it would be investigating Tesla’s Model Y, Model X, Model S and Model 3 cars after a series of car crashes involving its Autopilot system and parked emergency vehicles occurred, four of which happened this year.

Tesla’s Autopilot system keeps the vehicle centered in the lane and maintains speed when it’s active in its Operational Design Domain (ODD). However, it’s not yet a full self-driving system therefore drivers still have principal responsibility for Object and Event Detection and Response (OEDR) — identifying and responding to obstacles, vehicles and “adverse maneuvers” by other drivers. NHTSA said most of the 11 crashes took place after dark and crash scenes included measures like emergency vehicle lights, flares or road cones. Read the entire report summary here:

“Since January 2018, the Office of Defects Investigation (ODI) has identified eleven crashes in which Tesla models of various configurations have encountered first responder scenes and subsequently struck one or more vehicles involved with those scenes. The incidents are listed at the end of this summary by date, city, and state. Most incidents took place after dark and the crash scenes encountered included scene control measures such as first responder vehicle lights, flares, an illuminated arrow board, and road cones. The involved subject vehicles were all confirmed to have been engaged in either Autopilot or Traffic Aware Cruise Control during the approach to the crashes. Autopilot is an Advanced Driver Assistance System (ADAS) in which the vehicle maintains its speed and lane centering when engaged within its Operational Design Domain (ODD). With the ADAS active, the driver still holds primary responsibility for Object and Event Detection and Response (OEDR), e.g., identification of obstacles in the roadway or adverse maneuvers by neighboring vehicles during the Dynamic Driving Task (DDT). ODI has opened a Preliminary Evaluation of the SAE Level 2 ADAS system (Autopilot) in the Model Year 2014-2021 Models Y, X, S,and 3. The investigation will assess the technologies and methods used to monitor, assist, and enforce the driver’s engagement with the dynamic driving task during Autopilot operation. The investigation will additionally assess the OEDR by vehicles when engaged in Autopilot mode, and ODD in which the Autopilot mode is functional. The investigation will also include examination of the contributing circumstances for the confirmed crashes . . . and other similar crashes.”