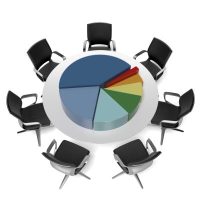 A massive settlement has been reached in a major shareholder lawsuit over the pricing of generic drugs. According to reporting from Reuters, Teva Pharmaceutical Industries—the Israeli multinational pharmaceutical company—will pay approximately $420 million to resolve an outstanding claim by shareholders.

The world’s second largest manufacturer of generic drugs, Teva Pharmaceutical Industries recently faced legal action from state and federal regulators alleging that the company illegally fixed prices with at least five of its competitors. In this article, our West Palm Beach shareholder dispute lawyers offer a more detailed overview of the agreement.

With headquarters in Petah Tikva, Israel, Teva Pharmaceutical Industries is one of the global leaders in the production of generic medications. In December of 2016, the generic drug manufacturer faced allegations of illegal price collusion. Indeed, the Attorneys General for nearly two dozen different U.S. states filed anti-price-fixing lawsuits against the firm. The United States Department of Justice (DOJ) also took enforcement action against the pharmaceutical giant.

The legal troubles facing Teva Pharmaceutical Industries were associated with steep drops in the stock price. The company is listed in the United States on the New York Stock Exchange (NYSE) under the ticker symbol TEVA. It hit its all-time high in the summer of 2015 at over $63.00 per share. When the price fixing allegations went public, there were sharp declines. As of early February of 2022, Teva Pharmaceutical trades at less than $10.00 a share. Shareholders contend that a significant share of the losses were related to the price fixing allegations.

A number of different lawsuits were filed against Teva Pharmaceutical Industries on the grounds that the company’s participation in an illegal price fixing scheme resulted in serious financial harm to the firm’s shareholders. While the specific terms of the agreement were not released to the public, Reuters reports that the company has reached a $420 million settlement to end the shareholder litigation in a federal court in Connecticut. Legal representatives for the shareholders told reporters that they were pleased with the result.

Litigation is a potential option for shareholders that suffer tangible financial harm due to the wrongful conduct of corporate decision-makers, including corporate officers and corporate directors. As shareholder litigation is notoriously complicated, it is crucial that parties obtain qualified legal counsel. If you have any questions about filing a shareholder lawsuit against a corporation in Florida, an experienced shareholder rights lawyer can help.

At Pike & Lustig, LLP, our West Palm Beach commercial lawyers have extensive experience handling complex shareholder claims. We are focused on helping our clients find the best solution for their specific situation. Call us now for your completely private, no obligation appointment with an attorney. We handle shareholder disputes in West Palm Beach and throughout South Florida, including in Palm Beach County, Martin County, Broward County, and Miami-Dade County.