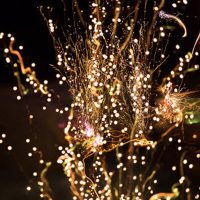 It’s almost time to say goodbye to 2021 and hello to 2022. I think it goes without saying that we’re all hoping next year has good news in store for us. But pandemic aside, there are many more misfortunes that can come your way. And how awful would it be if that is how you began the new year? Let’s talk about the most common injuries common injuries received on New Year’s and some tips on how to prevent them:

62% of New Year’s auto accident deaths between 2011-2015 were caused by drunk drivers. According to the Insurance Institute for Highway Safety, New Year drunk driving deaths exceed those of any other day of the year. The typical percentage of DUI (driving under the influence) accident deaths for any other day of the year during that same period was 35%.

People seem to drive even drunker than normal on New Year’s Eve as well. In any state, it’s illegal to drive with a blood alcohol concentration (BAC) of .08 or higher, but 71% of New Year’s traffic fatalities involved drivers with a BAC of .015.

There is simply no excuse for getting behind the wheel of a car while drunk, tipsy, or anything in between. Even certain medications mean you should stay off the road. Stay where you are and it out, or just spend the night if you’re at a house party. If you must go home, there are plenty of ridesharing services like Uber or Lyft that can take you to your destination. Life is too precious to risk losing yours or harming others by driving drunk.

The best way to ensure safety is to not walk home on the roads whether you are drunk or sober. If you are sober and decide to walk, make sure you are wearing bright, reflective clothing, that you keep your distance from the road, and that you make eye contact with drivers or at least ensure they are stopping for you before crossing intersections.

Binge drinking is a serious problem for many people over the course of the year, but it gets worse during the holiday season, especially on New Year’s Eve. Statistics from the Centers for Disease Control and Prevention (CDC) show that one in six American adults binge drinks four times per month, averaging eight drinks in a binge drinking period. Binge drinking is a common problem among people ages 18-34, and also among people age 65 and older. In fact, older adults binge drink an average of 5-6 times per month. Men typically binge drink more than women, but recent numbers show that women are beginning to binge drink more often.

Although alcohol consumption among underage people, typically ages 12-20, has declined from 2002 to 2013, per the National Institute on Drug Abuse (NIDA), a study published by the Substance Abuse and Mental Health Services Administration (SAMHSA) showed that New Year’s Day in 2009 represented an especially deadly year for underage people who drank at a New Year’s party. According to SAMHSA, emergency room visits and admissions for alcohol-related injuries and alcohol poisoning were up more than 250 percent. While this represented a bad year for underage drinkers, it highlights a consistent jump in ER visits during this time.

Avoiding alcohol poisoning is simple – don’t binge drink. Know your limits, keep track of how many you’ve had, and for every alcoholic drink, have a glass of water as well. The CDC encourages no more than 2 standard drinks in one day for men and no more than one for women. (A standard drink is equal to 14.0 grams, or .6 oz, of pure alcohol).

In 2020, the U.S. Consumer Product Safety Commission (CPSC) reported an estimated 15,600 people were seen for fireworks-related injuries at hospital emergency departments, reflecting the highest estimate seen in more than 15 years, according to data collected by CPSC.

As more cities cancel their New Year’s Eve plans for fireworks, more home-related fireworks injuries are expected again this year. If you are legally able to use fireworks where you live, please BE RESPONSIBLE. Read the directions first! Don’t let children handle fireworks and never let someone who has been drinking near them. Exercise caution and you will stay safe. If you see something, say something – you could end up saving your Uncle Buck’s left hand!