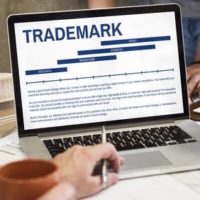 Earlier this year, the Supreme Court of the United States struck down a regulation that banned disparaging trademarks. In a unanimous decision, the nation’s highest court determined that the USPTO’s ‘disparagement clause’ was in direct violation of the First Amendment. Now, following much the same logic, the United States Court of Appeals for the Federal Circuit has ruled that the USPTO’s ban on ‘immoral’ and ‘scandalous’ trademarks is also unconstitutional. On December 15th, 2017, the appeals court issued a final decision in the case of In Re: Erik Brunetti. In this post, our experienced West Palm Beach trademark litigation attorneys analyze this case and discuss the implications of the decision.

Case Analysis: In Re: Erik Brunetti

In 2011, Erik Brunetti submitted an application to get a trademark for the term ‘FUCT’, which was the name of this clothing and apparel company. Due to the obvious similarities to the common profanity, the United States Patent and Trademark Office (USPTO) rejected his application. Mr. Brunetti responded by filing a lawsuit seeking to have the decision reversed.

Concurrent to the case Mr. Brunetti was fighting, other trademark applicants were seeking to have their supposedly ‘disparaging’ trademarks approved by the USPTO. Most notably, Simon Shiao Tam, an Asian American musician from Portland, Oregon, was seeking trademark protection for the name of this  band, ‘The Slants’. However, the USPTO denied that application, on the grounds that the requested trademark would be disparaging, and thus, could not be approved. At Pike & Lustig, our trademark law attorneys have discussed this case before. In June of 2017, the Supreme Court weighed in, ruling that USPTO’s ban on disparaging trademarks was unconstitutional. That decision had important ramifications for the case of Mr. Brunetti.

In making its decision, the Appeals Court for the Federal Circuit took its lead from the Supreme Court’s ruling in Matal v. Tam. Judge Kimberly Moore, who wrote the decision for the majority, agreed with the government’s position that Mr. Brunetti was seeking trademark protection for a vulgar term. However, she concluded that, based off of the Supreme Court’s decision in Matal v. Tam, the U.S. government has no substantial and compelling interest in protecting the public from offensive trademarks. As such, the trademark application could not be denied on those grounds. Going forward, the USPTO will not be able to reject trademark applications based on supposed ‘immorality’ or ‘scandalousness’.

At Pike & Lustig, LLP, we have deep experience handling a wide array of trademark litigation cases. To find out what our legal team can do for you and your business, please contact us today for a free case review. From our primary office in West Palm Beach and our second location in Miami, we represent trademark law clients throughout the region, including in Hollywood, Miramar, Fort Lauderdale, Miami Beach, North Miami, and Sunrise.