The Batmobile Case is a Good Lesson in Copyright Protection 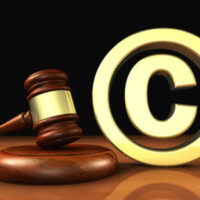 Pop culture is everywhere nowadays. With the rise of streaming television, to movies that bring to life comic book and science fiction characters, there has been a rise in collectible goods and artwork that seek to sell to the public images related to beloved TV and movie characters.

You don’t have to be a copyright attorney to know that many of these images are the intellectual property (IP) of their owners. Trying to sell images from the latest Marvel movie can lead to a copyright infringement lawsuit. But how far does copyright go? At what point does something in pop culture get copyright protection?

This very issue was litigated and decided in a 2015 case, involving the comic book character Batman. Batman is copyrighted intellectual property, but the case involved a man that was selling or modifying vehicles to look like Batman’s distinctive Batmobile, which he termed “replicas” of the Batmobile. The cars he made and sold had the fenders, flares, fins, (fake) guns, and the other distinctive markings of the Batmobile seen on TV and in the movies.

The owner of Batman and the Batmobile, DC comics, sued, alleging violation of their copyright. The man alleged that the Batmobile was just a car, and thus, could not be copyrighted the way that Batman himself could be. A car, the man argued, was not a character capable of being copyrighted.

What Can be Copyrighted?

A character can change its looks or style from time to time, the way that, for example, Godzilla or James Bond may change from movie to movie, so long as the core ideas and characteristics of the character remain.

Court Finds Batmobile Can be Copyrighted

The question in the case was whether the Batmobile exhibited these characteristic features which would make it unique, or whether it was, in fact, “just a car.” The Court noted the Batmobile’s unique look, and the fact that it had the exact same fenders and flares and guns that the man was using in his Batmobile cars and kits.

The Court noted that most people recognize the Batmobile, that it is “bat like” in appearance, has jet engines, and has consistently appeared in movies and TV and comics, even if not in the exact same form.

It is true, the Court noted, that the Batmobile changes forms—in fact, it often changes into a flying car, or a missile. But the Court found this did not change its status as distinct and worthy of copyright protection.

Let our West Palm Beach copyright litigation lawyers at Pike & Lustig, LLP, help you. Call us at 561-291-8298 to get a consultation.

By Michael Pike and Daniel Lustig | Posted on August 5, 2020