The Benefits Of A Private Trial 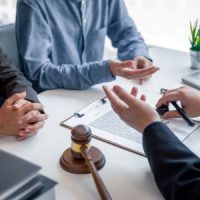 When we think of alternate dispute resolution (ADR), we often think of mediation and arbitration. Each has positives and negatives, but there’s one kind of ADR that is often overlooked, even though it is specifically provided for in Florida law: the private trial.

What is a Private Trial?

As the name suggests, private trials are private. That means that the information being used as evidence or being put into the record are not public information. The public or the media cannot walk in and observe your trial the way they can in the courthouse. This can be very helpful for more sensitive legal issues.

Private trials do require the up front payment to the judge for his or her services, a cost not associated with a “normal” public court.

However, the investment may be worth it because of the speed. If there is a dispute about evidence, the private judge is there to make a ruling—no more waiting weeks for a hearing date. Fast resolutions on discovery disputes or legal issues usually mean you will get to trial faster, and thus it will be cheaper.

Asking for, and Getting, a Private Trial

To get a private trial, parties can request from the sitting judge that a private judge be appointed. The sitting judge may be, but doesn’t have to actually be a retired or non-practicing judge; any member of the Florida bar with more than 5 years experience can legally serve as a private judge. This is different from arbitrators, who may legally be from any professional background.

Once a judgment is reached at trial, the parties petition the court to memorialize the findings in the form of an enforceable judgment. The court maintains the ability to enforce the private trial court’s findings through contempt, or other powers that the court would normally have in a standard publicly held trial.

Call the West Palm Beach business litigation lawyers at Pike & Lustig to help you make the right decisions in your business or commercial litigation lawsuit.