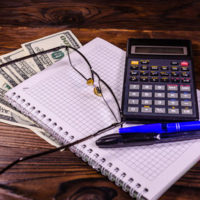 Through a 2016 city ordinance, Miami Beach passed its own local minimum wage law. In doing so, the city was attempting to set the rate significantly higher than the minimum level mandated by the state of Florida. Under the ordinance, the city’s minimum wage was supposed to be $11.31 per hour, beginning on January 1st, 2019.

However, there have been serious legal questions raised over Miami Beach’s ability to enact such a law. Two courts have already ruled against Miami Beach. In 2017, a Miami-Dade County circuit court struck down the Miami Beach minimum wage ordinance. The city appealed the decision. Now, the Miami Herald reports that this issue is being fiercely litigated before the Florida Supreme Court.

activity. In Florida, there has been considerable dispute between the state government and certain South Florida jurisdictions that want to pass additional regulation. In 2003, Florida passed a law that barred all local jurisdictions from making their own minimum wage requirements.

However, Miami Beach, in passing its controversial law, noted that Florida voters increased the state minimum wage on their own — through a ballot initiative that amended that state’s constitution. In the view of Miami Beach,  and in the view the labor groups supporting the city, the ballot initiative overturned Florida’s preemption statute. Though, thus far, neither the circuit court nor the appeals court has agreed with the city’s assessment.

What Businesses Need to Know About Labor Compliance

Business owners always need to be sure that their company is in full compliance with all applicable federal, state, and local labor regulations. This can be more challenging than it might seem. In some cases, it can be confusing to know exactly which laws and regulations apply. Things can also change rapidly. In the modern world, Florida businesses face a large range of complexities and uncertainty.

For example, in recent years, the United States Department of Labor (DOL) has attempted to change the overtime rules, had trouble in the courts, and eventually abandoned the idea under new political leadership. On the other end of the spectrum, the DOL has been cracking down misuse of independent contractors by businesses across the country. If you are a business owner or manager with questions or concerns about employment law compliance, you should not hesitate to consult with an experienced Florida business law attorney.

Get Help From a Top Florida Business Lawyer Today

At Pike & Lustig, LLP, our Florida business law attorneys offer a full range of legal services to individuals and companies in Miami, West Palm Beach, and throughout the surrounding communities. We are proud to be the Big Firm Alternative ™. To find out more about what we can do for you and your business, contact our law offices today.